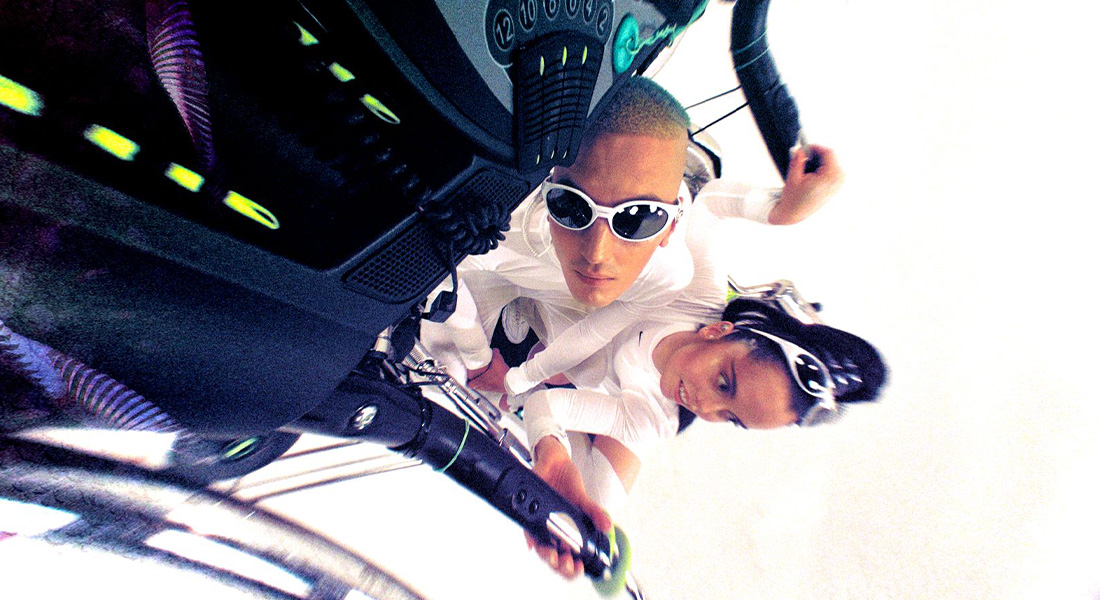 ascendant vierge, a duo that has pushed the boundaries of the electronic music genre within only but a few months. We could describe them as loose cannons of an extremely codified music scene – you just have to take a look at the number of genres & subgenres that may exist within techno music to begin with – Paul Seul and Mathilde Fernandez have indeed decided to overlook them all in order, from their very first track, to offer their newly found audience their own version of electronic music. They are the composers of the opuses that are “Influencer” or “Discoteca”, and they also are the protégés of labels such as NADSAT in France and Live From Earth in Germany ; they just came back today with a music video for a rather discreet track from their first maxi “VIRGIN” released last year. “La Vie D’Avance” (meaning : “A Life Ahead”) deals with a great amount of subtlety of a subject which is fuels the anxiety levels of many generations : that of the future. Discover the music video below !

They’re sticking to they’ve accustomed us to : the two members of the duo do not mince their words when it comes to talking about social issues. Visually speaking, however, the subject of the track is treated in a metaphorical manner ; through unparalleled aesthetics, we see Mathilde Fernandez running along the rhythm of life on an ultra high-tech treadmill, while Paul Seul acts as a sports coach who also has to work out at the speed of the indecent rhythm that life may force us to follow. However, by always keeping a (forced) smile on their lips even when sweat runs down their faces, the duo embodies a generation that is challenged daily and that is forced to adapt constantly.

Musically speaking, the track remains close to the gabber that Paul Seul strives to spread within his own tracks & his renowned collective Casual Gabberz ; Mathilde Fernandez, on her end, opts for a high-pitched version of the baroque voice we know her for, resulting in a light formula for a heavy subject.

And if you enjoyed this track but you are looking for something a little darker and more fast paced, we strongly recommend you to listen to “Petit Soldat” (meaning : “Young Soldier”), a song that pays homage to those who dare to preach ideas that go against the social trends. (Re)discover to it below !

ascendant vierge is to be found on all streaming platforms. You can also follow them on Instagram !