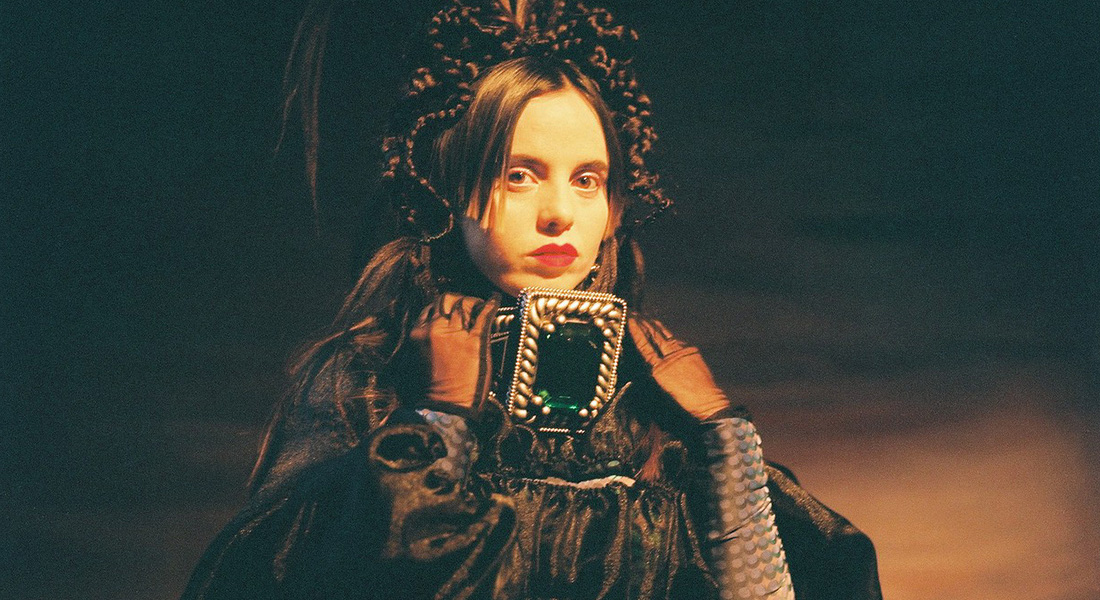 “Sensible” by Mathilde Fernandez : the EP of the queen of the baroque shows what happens behind the scenes of her most intimate emotions

If her voice and her face undeniably reminds you of someone, you’re right : Mathilde Fernandez is indeed half of the French duo ascendant vierge. She announced her solo comeback a few weeks ago, and she is ready to turn her listeners into fans with her EP “Sensible” as quickly as she did alongside Paul Seul. She is inherently different from the other artists of generation, she is a free spirit within the French-speaking scene, and for good reason : if many artists let their imagination run freely on synthetic pop ballads, on her side, Mathilde Fernandez lets her lyrical voice explode on minimalistic and raw productions, which turns out to be an absolute delight for the hearts and minds that are continuously looking for hidden gems. Two weeks ago, she unveiled “Sensible”, an aptly named EP ; today, she released the video for “Temple Sourire”, one of the EP’s songs. Watch and listen to all of it below !

Mathilde Fernandez started her solo career out with an EP that already bore an evocative name ; “Hyperstition” is a 5-track EP in which the artist’s repertoire and vocal abilities are largely developed and felt by the listener. However, time has passed ; the reverb applied to her voice has faded, the productions got more minimalist, and even Paul Seul’s remix sounds quite soft compared to the productions he shares to his audience today.

It is always a delight to see an artist grow, especially when the progress that has been made is as easily heard & seen as what she unveils on “Sensible”. With four original tracks, two alternative versions and two remixes, we get to hear that Mathilde Fernandez’s voice is more present, the lyrics are less explicit and the melodies are dreamier than ever before.

Our journey begins with the excellent track “Temple Sourire”, a song which, when you read between the lines, is an ode to your inner positivity, an inner voice to which she is practically devoted, in a sense that it is here to help to escape the gloomy thoughts of everyday life. No wonder why she has decided to reference Alice in Wonderland in the music video that comes to illustrate the song ; it was all in the lyrics from the very beginning.

This incredibly introspective introduction makes for the perfect transition to “Erotive”, a title that we think assembles the French words for “emotional” and “erotic” – “émotive” and “érotique”, respectively. She has shown us her love for puns, the same one the poets of the past centuries had as well ; we listen to the lyrics of the song the same way we would read some passages of someone’s diary that has been erased with time. Therefore, along with the metaphors of the song, we dive deep into the artist’s intimacy : a raw & cryptic one, one that is filled with emotions and almost violent images. We then keep listening to the EP and we stumble upon “Sensible”,  the centerpiece of this opus – it puts painful and deadly depictions on a pedestal ; an imagery that comes back as a leitmotiv in her music.

Finally, once “Fard” has passed – a track originally written for the French artist Christophe before his death – we get to hear alternative versions of the tracks we just listened ; we get to hear a Russian version of “Temple Sourire” and an acoustic version of “Sensible” before getting lost in the fast paced rhythms of Paul Seul’s gabber and aamourocean’s trance music. If you particularly enjoyed the remix of Paul Seul and if Mathilde Fernandez got you hooked to her music, we strongly recommend you to listen to what they make for ascendant vierge !

Mathilde Fernandez is to be found on all streaming platforms. You can also follow her on Instagram !