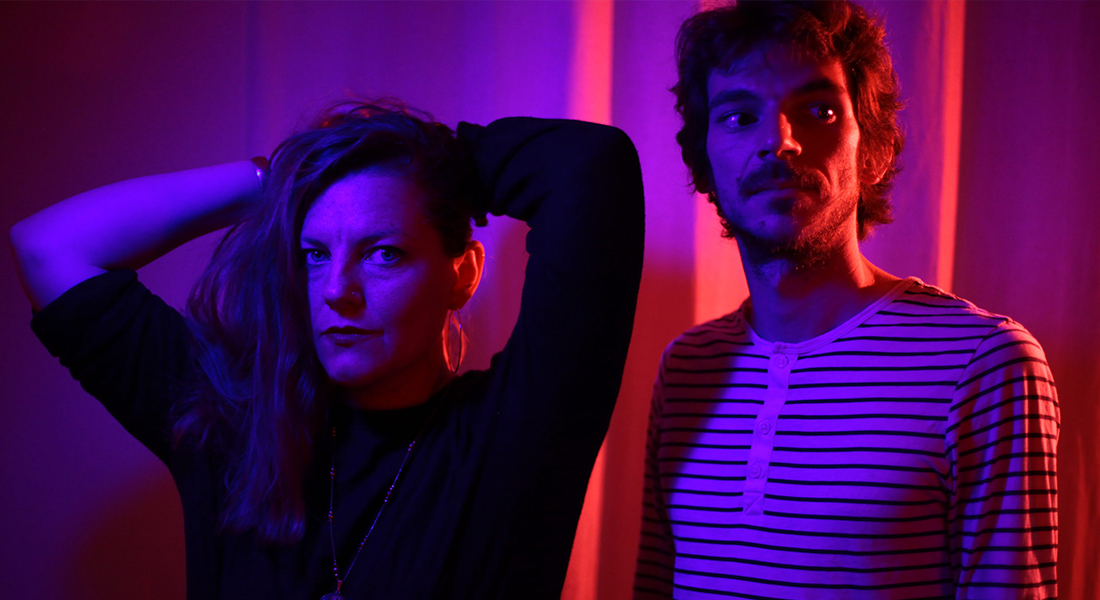 French pop, a music genre that keeps changing in order to surprise its listeners ; on the other hand, many artists & bands refuse to write their lyrics in French, despite it being their native language. Therefore, when we came across the music of the duo Overland Inn, they surprised us twice. They’ve been active on the music scene since the beginning of the 2010s ; the band, which was then making pop rock music, puts their first musical loves aside for a much more electronic, pop oriented type of music, with lyrics written in French. A radical turn on which they’ve been working on for months & which they unveiled to their audience only recently : they have just released a single called “Les Mauvais Jours”, a melancholy electro-pop ballad that opens the way to an album release early next year. Listen to their new track below !

With a melody built around electronic & synthetic loops, “Les Mauvais Jours” is based off of a deep nostalgia shared by the two protagonists of the duo, or that is at least expressed by one of them ; the lyrics, which are also repetitive in their own way – or more particularly made of repeated verses – tell in the form of a dialogue a call to adventure, a cry for change in order to find themselves again.

Similar to Overland Inn : Listening to “Nothing I Have” by Brendan Cope, a calming alternative pop track whose lyrics are the result of dialogues with his inner self

Then, as time passes, the melody becomes clearer and the lyrics change ; the lovers decide to flee, they accept to be alone, to be just the two of them. This complete turnaround is also highlighted in the melody which, although it develops the same way ritornellos would back then, subtly underline the changes in the mindset of the two protagonists. “Les Mauvais Jours” also largely echoes the past of the group ; by moving from country to country, they’ve taken the opportunity to record their songs & albums on the go, throughout their various journeys. “Les Mauvais Jours” is to be found on their third studio album, named Proxima, to be released early 2022.

Overland Inn is to be found on all streaming platforms. You can also follow them on Instagram !