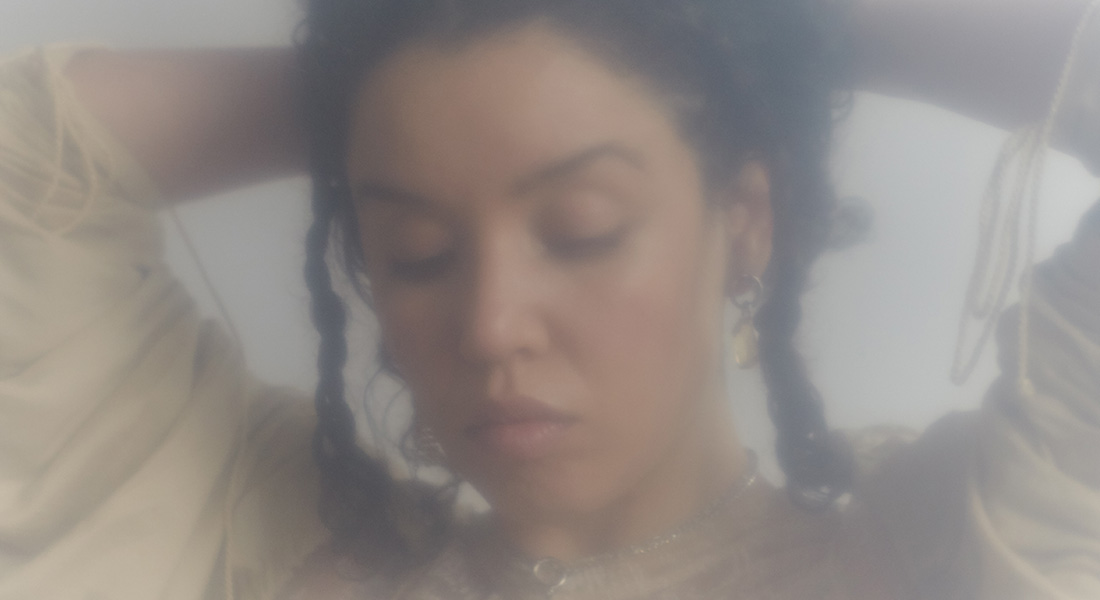 Maghreb, a place filled with artists who push the boundaries of music exploration. Among the artists of this flourishing scene, there is Ikram Bouloum, aka the first artist to have been signed on So Urgent, MANS O’s recently founded label. Born in Morocco, Ikram Bouloum is very inspired by her Moroccan culture and its traditional music ; however, her music is at the forefront of a form of experimental pop whose codes have not yet been fully defined, and whose message is intended to be meaningful. She’s made her official debut with a first single called “Ineia”, and last Friday, she released a very first EP called “Ha-bb5” – an EP that highlights the importance of understanding your inner self, your identity, while mentioning topics such as migration and culture. To be listened to below !

As you may already know, EPs and albums are built in a very particular way ; the tracklist is often comparable to the chapters of a novel. Here, specifically, Ikram Bouloum uses to her advantage the structure of theatrical works. In five acts, she tells the story of an imaginary creature struggling to make sense of a world in which obstacles such as established norms keeps it from being its authentic self. On top of that, for the first time, Ikram Bouloum sings in her native language, Amazigh, a dialect of the northern region of Morocco ; however, not to blur out the message for her foreign listeners, she has translated all tracks in English in surreal lyric videos. By doing so, she subtly puts an emphasis on the importance of her culture, while still making it accessible to everyone.

“I was resting in a haven of peace
And now, all is gone, all is lost”
– Ikram Bouloum – Henna (translated)

“Ha-bb5” starts with the half-traditional, half-futuristic sounds of “Henna” ; the track unveils the main event that will trigger the entire story that she tells us in this EP. We get shivers from the very first sentences, shivers that are triggered by the immense despair of the main character of the story : the world in which the creature that Ikram Bouloum describes has collapsed, its once idyllic peace haven has fallen to pieces. The tears of a motherly figure have also been mentioned several times throughout the track, accentuating the quasi-apocalyptic feel of the song.

Similar to Ikram Bouloum : We have talked with Makichi, an Iranian duo that has experienced the cultural and musical restrictions of Iran.

We then dive into the electric variations of “Meime”, which means “maybe” – the track, by shifting to the calmer, almost ambient side of the electronic spectrum, allows us to listen to an almost invective speech filled with questions about doubt and delusions ; a dialogue with her inner self takes place before our eyes as two machines lost in the middle of a digital flower field flash to the rhythm of the percussions.

Once the second act – Meime – is over, we get to listen to “Ineia”, the single which allowed the label So Urgent to launch. “Ineia” (“Tell Me”) is made of all the sound aesthetics of Ikram Bouloum ; the song aims to be both dark yet danceable, while being filled with Arabic sounds and vocalizations, all of which makes for a hypnotic, avant-garde musical signature. If until now the lyrics were quite explicit, “Ineia” is on the contrary a series of unfinished questions that form a call for help and forgiveness. Ikram Bouloum likes to play with contrasts and it makes sense.

Finally, after having listened to the pledge of allegiance that is “Nhara” (“Today”), it is the symbolic “The Game” that we finish on ; Ikram Bouloum closes the EP on a hymn to questioning a pre-established system, an ode to self-confidence and self-trust, all told on what sounds like the rallying cry of the future.

In short, Ikram Bouloum is a one of a kind artist with a clear artistic vision, and we already know that “Ha-bb5” is just the very early beginnings of the artist into the avant-garde pop scene, which just tells how excited we are for her future releases. She is artist to follow very (very) closely !

For you to go deeper : hauméa playlists | #5 : diving into Arab & Arab-like music

Ikram Bouloum is to be found on all streaming platforms. You can also follow her on Instagram !