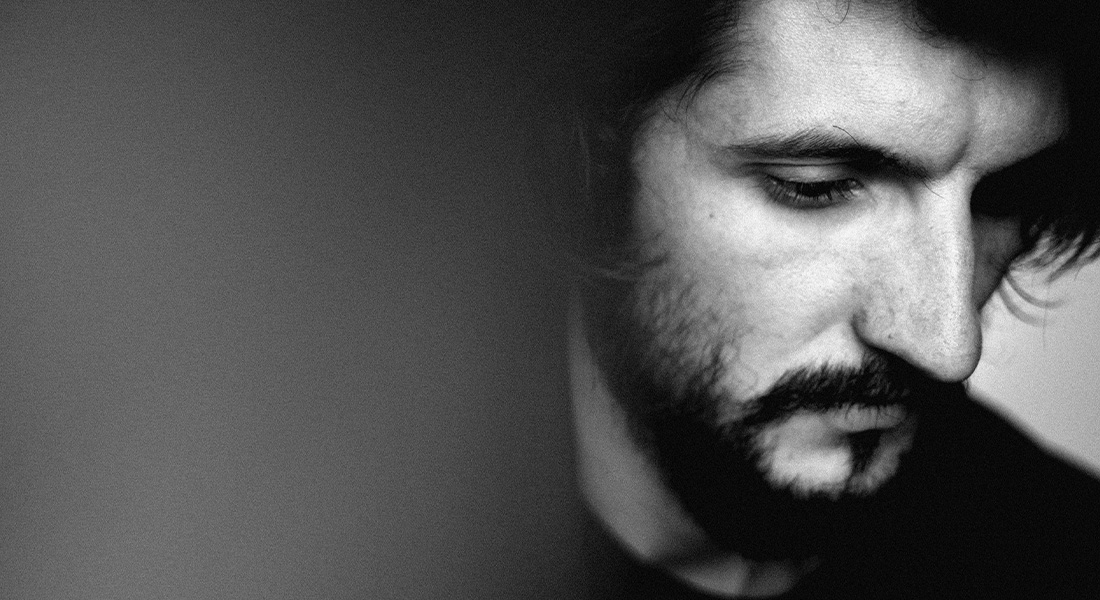 Video premiere : VIMALA unveils for us the music video for “Chaos”, a single that announces an upcoming EP on June 25th !

We know VIMALA for his dark, electronic music, for his tracks that come close to what techno music is, but whose singular voice and ethereal layers make his tracks much more atmospheric and cinematic. While he gained a lot of attention for his debut EP “Sailing Soul” in 2016 and his single “Ages” in 2018, he has since released many tracks, and among them, there is his latest single “Chaos”, a track which sounds quite different from what he has accustomed us to, therefore revealing another side of his music project. Unveiled last Friday, “Chaos” will be accompanied tomorrow by a surrealist-looking music video, a video that we get to see before everyone else today. Watch it below, and then get to know VIMALA !

As we mentioned above, “Chaos” is a track which differs in many ways from what VIMALA usually does. He has indeed accustomed us to dark works, in which his voice haunts us and in which the lyrics are, to the ear at least, purposefully hard to decipher. Here, on “Chaos”, it is the exact opposite that happens ; the drum patterns sound dry and clear, and Adrien Casalis’s voice is voluntarily easy to understand : the lyrics indeed sum up how a person sees the world around him, and how he feels about it.

These feelings, VIMALA highlights them wonderfully in a music video he directed himself. We get to see, through the lens of a camera attached to a drone, various landscapes stretching as far as the eye can see, only to see that the colors of these landscapes have been altered ; should we assume the colors have changed because of the influence of humanity and the way people live ? Only the viewers themselves would be able to answer the question.

In order to find out more about who hides behind this enigmatic pseudonym that is VIMALA, and in order to know more about his track and his upcoming EP, we have asked him a few questions !

1. Hello VIMALA ! Can you introduce yourself in a few words for those who don’t know you yet ?

Hi Hauméa, I’m Adrien Casalis, I make music for films, series and ads. Vimala is my electronic music project on which I sing and use distorted synths to make songs.

2. You have been active on the French electronic scene for several years now, years of work which have allowed you to create a dark type of music in which your voice is its centerpiece (it was the case on your very first EP “Sailing Soul” but also on your album “Stromboli” and on the double singles that followed). How were you able to find such a “music signature” so quickly, with this clever mix of both cinematic, club music and tortured lyrics ?

Hard to tell, but I would say I took those three things you’re talking about : the vocals, the cinematic music and the club music and I glued it all together. Sometimes I use them all, sometimes I use only some of it. In each one of my tracks, there is one of the ingredients that stands out more than the others. This allowed for songs with a lot of vocals like “Sailing Soul”, club songs like “1982”, my intros and outros are closer to movie soundtracks, and some are a more balanced mix, like “Ages” or “Falling Down”. Also, I am naturally attracted to what’s dark, so that has given my tracks a form of coherence.

3. “Chaos” is the first track of an upcoming EP that will be released on Rouge Néon Records, and we must say that “Chaos” is a track that sounds somewhat different from your previous productions ! Can you tell us more about what made this track come to life, music wise and lyrics wise ?

“Chaos” is a track that has followed me for years. I played it a lot when performing live. It is very different from the rest and it did not really fit in my previous EPs before. I also think I liked this song so much that I wanted to work on the production over and over again all the time and therefore I never released it. I ended up removing almost everything I added. I even left my first vocal recordings to give it the rawest possible feel. It’s just a rhythm, a bass, a voice, and a key chords for the chorus.

I wrote this song very spontaneously and authentically. One morning I got up and said to myself : it’s still a hell of a mess out there, the world, the relationships, our relationship with nature and the planet. I felt like I was a guy waking up in the middle of a battlefield and not understanding what was happening to him.

4. What came first, for “Chaos”, the music or the lyrics ? How do you usually make your tracks ?

It depends on the song. For “Chaos” I started with the rhythm pattern. Usually I’ll start with a musical element first, a rhythm, or a chord sequence. I write the lyrics on it and finish the arrangement of the song afterwards. Sometimes I finish the instrumental almost entirely before adding the voice but then it quickly becomes hell to add the voice in. If I don’t work on the voice early in the process, it becomes very hard to find a place for it. I have instrumentals for example on which I can no longer put a voice on, it’s like too late.

5. We also know you that alongside what you do as a composer, you direct films and music videos ; you also direct all of yours, including that of “Chaos”. Can you tell us more about the message behind these images, and particularly behind the color choices ?

For the video for “Chaos”, the idea was to embody this person who wakes up on a battlefield or on a planet before humanity was a thing or after it had collapsed ! It’s a mix of modified drone shots and 3D. I wanted to depict landscapes of another reality. A land that would have had another past. For the colors, I was inspired by the planet of Mars of course, and I added the idea of ​​a liquid or a blue matter below earth. Like blue gold. A friend of mine told me a few days ago that apparently there’s the same thing in the latest Godzilla movie or something. I was almost sad !

6. I know you’ve just released “Chaos”, but can you tell us more about what’s going to come out before the EP is released ? And will it have the same energy “Chaos” has or will it actually be completely different ?

So what I can tell you is that the EP CHAOS will consist of 7 tracks, with my voice on most tracks and downtempo influences. It’ll be closer to my first songs than to my “club” songs. There will also be a feat with ORI, a Berlin based artist who has a wonderful voice. There are songs in it that I have been working on for quite a few years. It’s my most minimalistic and most personal EP to date I think, and it’s pretty scary to release it I must say.

7. Also, you recently released an excellent neoclassical EP called “Ghost” under your real name, Adrien Casalis. Is this something that you will continue to do alongside your VIMALA project ?

Yes, I will alternate between Vimala and Adrien Casalis releases depending on my productions. I wanted to release my instrumental pieces, more neoclassical oriented, ambient and experimental, and I thought it would make more sense to have them released under my real name. The electro songs, with vocals, that are more pop in a sense, will be released under Vimala.

Discover another side of VIMALA’s project : Adrien Casalis produced “Ghost”, an EP and an unreal story told by a piano.

8. Finally, can you tell us if there is an artist that you’re keeping an eye on lately ?

Not one artist in particular, but I would say that the two artists that I check out the most and whose releases I still await are Nicolas Jaar and Nils Frahm. So I’m pretty excited to listen to Darkside’s new album, the first one being one of my all times favorite. Right now I’m listening to Oklou’s “Galore” a lot or Para One’s latest album, I can’t wait to see the movie he will be releasing right after his album.