You have certainly heard these past few months of support programs, mentoring and training for music artists & music pros. While there are many in France, a few of them also intervene on a European scale – we talked about some of them in our festival report of the Crossroads – and among them, there is Keychange.

Keychange is a professional program supported by Creative Europe which aims to clear the gender gap & erase gender inequalities within the music industry. In order to do so, Keychange aims to compensate for the lack of support among women and gender minorities and allow them to access the professional level of knowledge they should get. This year, 76 new artists & music pros will benefit from Keychange’s wide support system. Let’s have a look at what they offer their trainees. 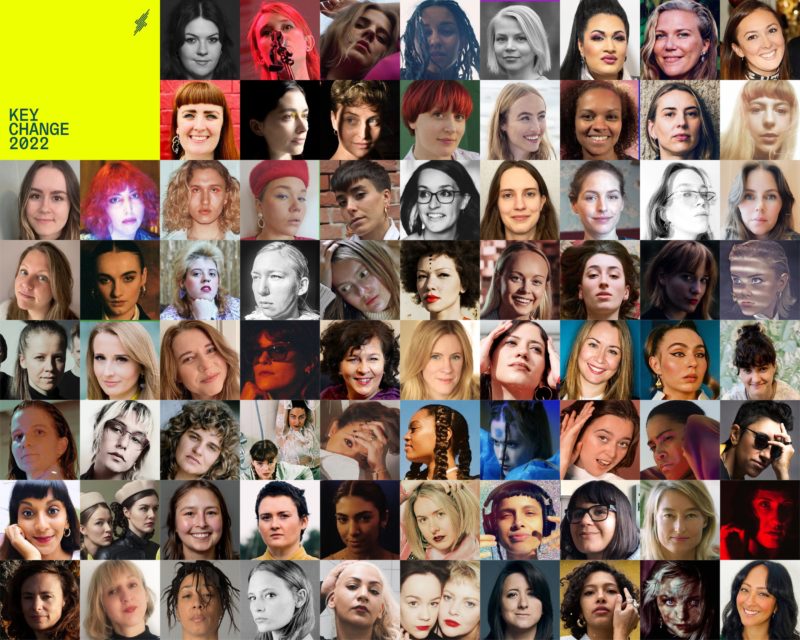 Like all mentoring programs that aim to give women & gender minorities access to professional networks & knowledge, Keychange is an ambitious program. The program represents its trainees during professional key festivals around Europe & Canada, hosts workshops, offer studio sessions, seminars and international showcases : Keychange offers opportunities for worldwide visibility among the global music industry & 360 support for artists and innovators. And, on top of its main program, Keychange has partnered with shesaid.so for mentoring operations through we.grow, adding a feminist arc to its already politically engaged program.

The trainees belong to two different categories : on the one hand there are artists, and on the other the professionals ; both are actively working for better gender representation & equality in the music industry. The support that is given these two categories of trainees are of a slightly different nature, although all the participants benefit from representation around the world, through renowned music festivals and professional conventions such as the Reeperbahn Festival for example. A key program that we hope to see thrive and make a change !

Similar to Keychange : Chantier des Francofolies : the French award & support system has announced its shortlist for 2022

Discover & listen to the 38 music artists that are represented by Keychange around the world this year !