Today, we are being guided through electronic and experimental territories by a young emerging producer named Zelezna. We dive into a world as dystopian as it is apocalyptic, a world that depicts the journeys of a man lost in the middle of a synthetic valley in which an artificial intelligence has taken over. Discover with us “LICHEN”, a track that is both spacious and jerky ; jerks that surprise us like the turbulences take us by surprise on an airplane. We also took the opportunity to ask Zelezna a few questions about this release which happens to be his second one !

“LICHEN” is introduced by synths that get lost in reverberations ; these notes seem dissonant at first, but they then punctuate the chords that accompany our journey in this digital valley. Each sound translates an element of the music video and the latter seems to play with our perception of reality.

The music video, directed by the graphic designer Ivi Topp, shows how music and images are interconnected if not inseparable in Zelezna’s new single. The producer’s thoughts become real and take place in a setting that looks like a video game whose color palette is surprisingly close to The Legend of Zelda: Breath Of The Wild. The images are strangely realistic, but too ethereal to be true, and this feeling gets stronger contrast when a glitch hits us in the face as the beat drops.

In order to understand Zelezna’s universe and artistic take on this new track a bit more, we asked him a few questions !

1. Hey Zelezna, thank you for answering our questions today ! First of, we would like to know how you composed this track ?
I am very slow when it comes to composing. This one took more than a year to finish and has seen a lot of different versions of. I take advantage of being a solo artist to take my time and have a fairly studious relationship to the composition, even if it is often the most spontaneous ideas that work the best. The musician and producer Paulie Jan helped me a lot in the choice of the arrangements and even had strong artistic proposals.

2. Did you already have the images in mind when you composed it?
No, but … I was already thinking about a character who got lost in a synthetic valley when I was making the track. Through this very simple story, I wanted to observe the relationship between humans and machines. I suspected that the visuals were going to revolve around this valley but I did not yet know how it would be shown.

3. How did you choose the images and the universe for the clip? Is the world of video games something that inspires you on a daily basis?
The desire was to represent the valley as a machine (a “creature” they say in robotics) with what it can have of worrying and reassuring for the character, including a part of mystique. For that I teamed up with the artist Ivi Topp, he takes care of all my visuals. We talked about it a lot and he showed me a lot of different versions. He started with more realistic images, but we preferred his more poetic versions. It is true that it can evoke video games, but it is not an influence for me, I am not a gamer at all ^^ No problem if that is what it evokes to the listeners though !

4. What can we expect from you in the coming months?
New songs for sure! Possibly a live video to fill in the terrible lack of concerts that we all suffer from. I have other ideas too, but it’s good to stay a little mysterious, isn’t it? 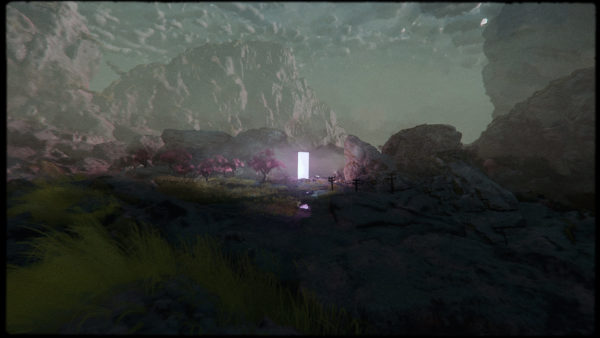 Zelezna’s music sways between calm and storm, and this feeling is reflected quite well in his first track too. We invite you to listen to “The Rules” by Zelezna to extend the adventure you have just experienced by watching this music video !