Premiere : the latest artist to join the French techno label Enlace Records, LYDSTEN, unveils for us his first track “Beryl”.

Electronic music is like a gold mine ; it is a cave filled with gems, and each of them has a different shine. Amongst those gems, there is the “Beryl” family, minerals that form crystals such as emeralds and aquamarines. These shiny crystals and their subtle spark set the tone for the first track of LYDSTEN (formerly known as Cailloux), a pseudonym which literally means “a crystal made of sound” in Danish. These metaphors allow the artist to let emotions and catchy melodies collide, to make them blend wonderfully, and to take us on a journey into nocturnal lands. You can watch the live session for “Beryl” below, in premiere here first!

“Beryl” is a track that takes on more than just the electronic genre, it goes as far as to reunite aspects from deep techno, house, and electronica altogether ; a clever mix that fuses ambient layers, house rhythms, raw piano, and a theme played on analog synthesizers. This single, which will be released tomorrow on all streaming platforms, is accompanied by a live session that was shot in the underground city of Naours, in Picardy, in the North of France. A dark decor, black and white images, and the producer behind the decks : an atmosphere that reflects all the sounds of this track and lets them flourish.

And since the person behind these decks has changed his artistic identity entirely, we asked him a few questions to find out more about the reason for this change and how this track was composed. 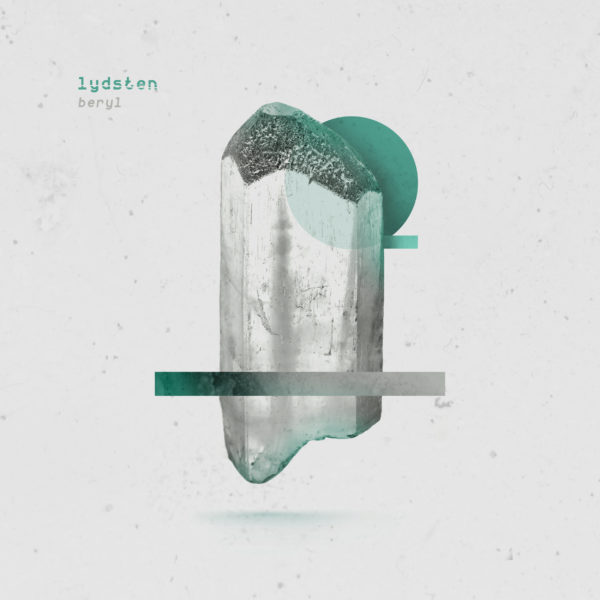 1. Your previous project, Cailloux, has just become Lydsten. Can you tell us a little more about this artistic change and about your pseudonym choice ?
Almost a year ago, I was asking myself a lot of questions about the future of my musical project. The live shows have literally disappeared, it was about time I start a new chapter. I am of Danish origins, and I felt the need to represent this country a little more. I don’t know how to explain it, but even though I wasn’t born there, I feel closer to this country than the one I live in now. I also needed to develop my project musically and visually. As my music took a new turn (it is simply more assertive than what I was doing as Cailloux), I told myself that it was the right time to choose a name that was cleaner, more mature, with a very personal aspect to it and one that could last over time. Lydsten (Sten for stone, Lyd for sound in Danish) was born like this : it is the idea of ​​a contrast between my origins, between music and image, between the textured & organic side of minerals and sound layers.

2. You unveil “Beryl”, a first electronic track with multiple influences, which can make you move, both physically and emotionally. How did you compose it?

With the first confinement, I was so happy to be able to invest myself every day in music at first (I could do so because my employer put my job on hold), but after a while, the inspiration disappeared because of a lack of experiences, or meetings, or social life quite simply… I had the idea to start something new, to work differently and more seriously, a sort of work schedule that would guide my compositions a little more, by revolving around the idea of stones & crystals as the main inspiration. This is how I came to compose different songs which are the reflection, in my opinion, of the crystals from which they borrow their names. I didn’t necessarily want to create music to dance to, I wanted to reach a certain level of emotion in each music. “Beryl” is a mix between something very organic (you can recognize the sounds of pebbles if you listen carefully), textured, melancholic, and cold, but which in its long rise becomes more powerful. We find all my analog synths in it, which is very important to me, to bring a natural side and a certain grain.

3. And what influences you on a daily basis when you compose?

It’s hard to say! Like many artists, I’m inspired by a bit of everything. Mainly other people’s music (I try to have a discovery session every day), other artists like David August, Kiasmos, Thylacine or Bicep as well. Precise memories also influence me… And then my approach consists of taking a close look at the textures / shapes of the stones, as well as the “benefits” that they are supposed to provide in what is called lithotherapy (a sort of science / belief, where people give healing powers to stones & crystals). I don’t necessarily believe in it, but I am inspired by it. For example, in my next track, “Amber”, the stone is supposed to allow you to rise, express your personality, and assert yourself. I think it’s really this track that made me find what I wanted to do in the long run, and it’s something that is not easy to find when you start composing, and which made me want to write the sequel to “Beryl”.

4. After this single, what should we expect from you?

Lots of beautiful things I hope haha! “Amber” will be released at the end of February, and the EP should come out in March. To illustrate these releases, beautiful images were shot with close friends (Frederic Maciejewski, Adrien Battez, Martin André). Remixes are also planned with different artists from the new French electronic scene that I particularly appreciate. And otherwise, I’m working on a slightly longer EP format for the end of the year, I hope to be able to show it when the live shows start happening again so that we can celebrate the physical release together!

“Beryl” from LYDSTEN will be available on all streaming platforms tomorrow. In the meantime, you can follow him on Instagram !