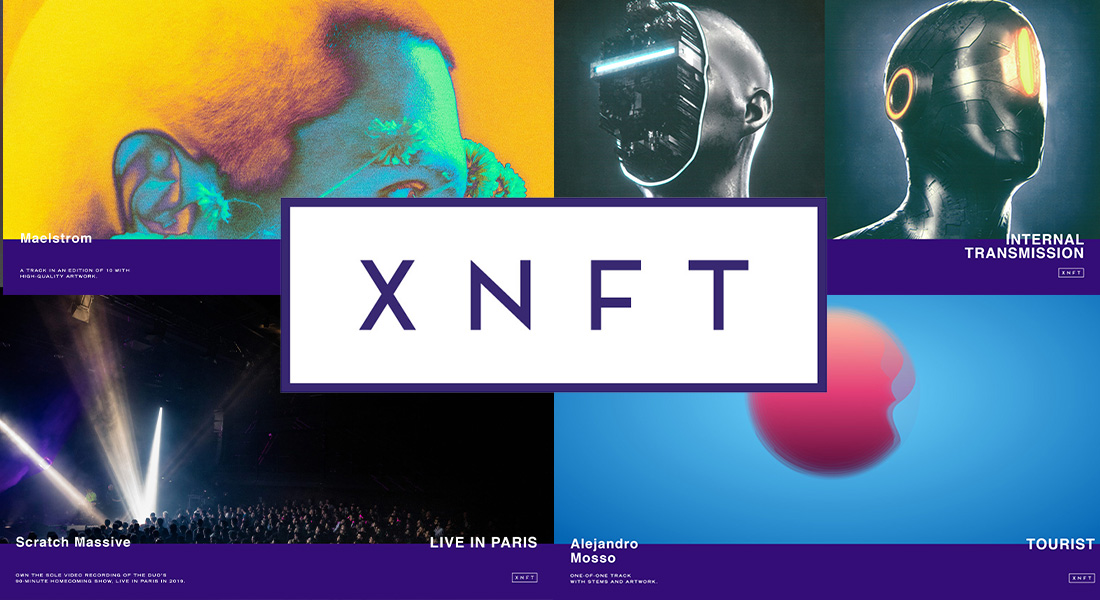 If you’ve heard of Aphex Twin, Flume, Kings of Leon or Grimes lately, then you’ve heard of NFTs. These “tokens” which allow you through blockchain technology and cryptocurrency to become the owner of a digital work of art is currently more than a hot topic within the music industry and for a good reason : the four artists mentioned above were able to raise sometimes several million dollars by auctioning some of their works as NFTs and on dedicated marketplaces.

An NFT is a “non-fungible token”, which in other words stands for a “certificate of ownership” which proves that you are the sole owner of a specific artwork (often being digital). This “certificate” is obtained thanks to blockchain technology, the same one that is powering cryptocurrency exchanges like Bitcoin. They are to be considered, in a way, like a signed vinyl with your name on it ; the record itself may have been sold thousands of times as a vinyl, but yours, since it is signed, is unique and belongs to you only.

If many marketplaces such as Foundation allow both emerging and well-known artists to sell digital works through them, a well-known actor in the music industry, the digital media XLR8R, launched last Friday its own marketplace, and it is exclusively dedicated to artists and allies of the electronic music scene. The marketplace is called XNFT and its beta version is now accessible to the public. In order to learn more about this new marketplace and about the reasons behind the launch of such a platform, we have asked Luke Cheadle, COO of XLR8R, a few questions about it. 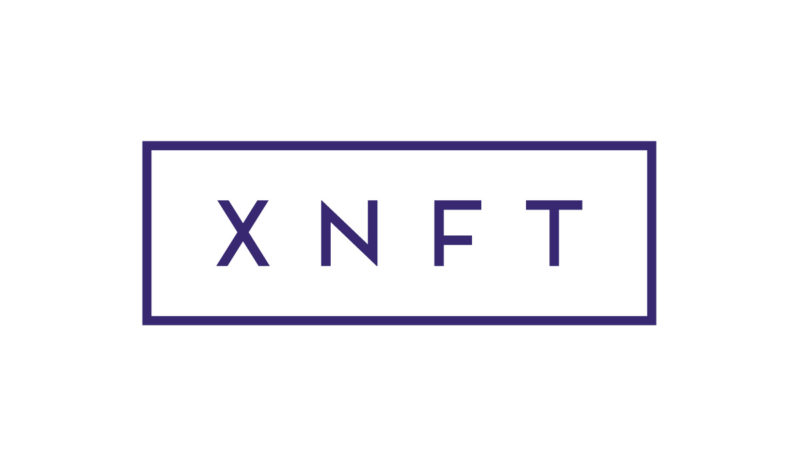 1. Hi Luke, thank you for accepting to answer our questions ! Would you mind telling us how you have decided, at XLR8R, to create such a specialized NFT marketplace ?

Of course. For a bit of background, XLR8R’s CEO, John Wander, and I have been investing in and exploring the Blockchain space for around four years now and have been constantly racking our brains as to how we could utilize the technology in our space. Until recently, the ideas were very loose and with no real-world proof, or ideas that we were unable to truly connect to XLR8R and the industry we support. NFTs were always on the radar ever since the crypto kitties* era but, to be honest, we shrugged them off mostly because the applications were a little naff. Then, towards the end of last year, we saw many interesting NFT marketplaces popping up that were selling all forms of digital art. After weeks and months of digging and exploring, we realized that most were eBay or Amazon-style shops with every form of digital art on offer—it was hard to find what we were interested in and unless you clicked a direct link from an artist you like, it was nigh on impossible to find their work. There were no real music-focused marketplaces, especially none that supported the electronic music space, so we saw a need to build one, and here we are.

2. Would you mind telling us more about the people you are working with and the technology you’ve decided to use to create XNFT ?

We’ve partnered with a technology partner Cargo, with who we are working to not only build our marketplace but also a white-label product that will allow other companies, brands, and platforms to launch and host their own marketplaces. We wanted to focus on accessibility and also address the myriad issues arising, namely the high gas fees and energy consumption. To combat that, we’ve decided to use the xDai chain, which is a sidechain solution to Ethereum (a Bitcoin-like cryptocurrency, editor’s word) that is much faster and cents to the dollar for gas fees. The white-label product we are building, however, will eventually have the ability to utilize various chains and even transfer NFTs from one chain to the other.

3. You’ve said in your press release that XNFT will be a curated marketplace open to electronic music producers & creators. What do you plan on having on it exactly ?

Yes, it will mostly be focused on the electronic music world, however, with the way music is made and produced these days, that’s a very loose term that can take in indie bands, jazz, and the like. We would also like to foster connections and art that doesn’t necessarily have to be attached to a track. For example, a visual artist might have a collection of art that would fit really well as an album cover for a techno record. That artist could mint the artwork as an NFT on our marketplace with the full rights to use it as an album cover. Things like that. Everything will also be cataloged and tagged to make it easier to discover and find what you like.

Similar to XNFT : Audius : the streaming platform that pays its artists (and listeners) the most ?

4. You’ve been proactive in gathering people around XLR8R inside of the electronic music scene. What do you think XNFT will bring to this music scene ?

XLR8R is actually 28 years old this year, so it has been through many iterations of the music scene and has built a name for presenting quality music from mostly emerging artists. We see XNFT as being the latest version of XLR8R, a hub to allow artists and creators to explore a new technology while selling their work and creating ongoing relationships and sales of that work that they will always get a cut from. There’s a promise that this new channel could allow artists to make money from recorded music and digital art, which up until now has never been a viable option.

5. Some say NFTs are just a trend, a temporary hype that will quickly fade out. For you to build XNFT, I assume you think NFTs are going to be a thing on the long run. What makes you think so ?

I think the astronomical sales that you’re seeing are undoubtedly a trend and a bubble that is already popping. The big sales are more than likely a genius marketing strategy by the Ethereum whales as a means to get the technology more widely adopted, and if that’s the case it has worked ten-fold as the whole world is talking about it now. Going after those huge sales and looking for a cash grab was never our goal when we began down this path. The same thing has been said about blockchain and cryptocurrencies consistently over the last ten years and look where we are now: Coinbase just listed on the Nasdaq and was the 7th biggest listing of all time.

Whether NFTs change the music industry or art world or not is entirely debatable but I think the technology is here to stay and will hopefully give artists a new revenue stream that they can control as we move into a more Web3-friendly world. I think artists are getting sick of trying to petition huge corporations like Apple and Spotify for a fairer payment model and are instead focusing on moving past those outdated models.

Learn more about Spotify’s recent measures : Spotify wants to promote independent artists on their platform… by taking a cut of their royalties.

6. Finally, do you think NFTs are going to be bought and sold the same way CDs and vinyls were back in the days ?

That’s surely the hope and promise of NFTs and you see something similar already happening in the gaming sector with Fortnite and Roblox and the ability to buy and sell skins. Why shouldn’t it be the same for rare digital art and music? What I would love to see is that the NFT marketplaces become like Discogs, thriving marketplaces with creators and collectors selling, buying, and reselling art that the original creator always gets a cut from. 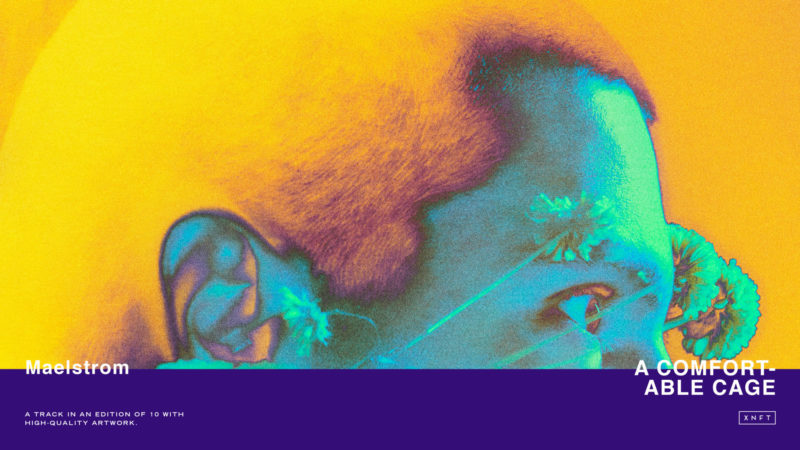 Among the works that will be or have been sold on XNFT, you can find artworks such as “Cryptic Polyphony” from the Lebanon-based artist FLUMDOT (which will be sold for 450 xDai and which will be sold alongside the signed physical copy of his first album, the high definition .wav file of the track “Cryptic Polyphony” as well as its music video), the original video  Scratch Massive’s live show given in Paris at La Gaîté Lyrique in 2019 for 1500 xDai, or the tracks “ A Comfortable Cage ”and“ Patience ”from Maelstrom, for 1400 xDai. More information on XLR8R’s website.

XLR8R is to be found on various platforms. You can read more about them on their website, and become a member of the XLR8R+ community to access more exclusive content.