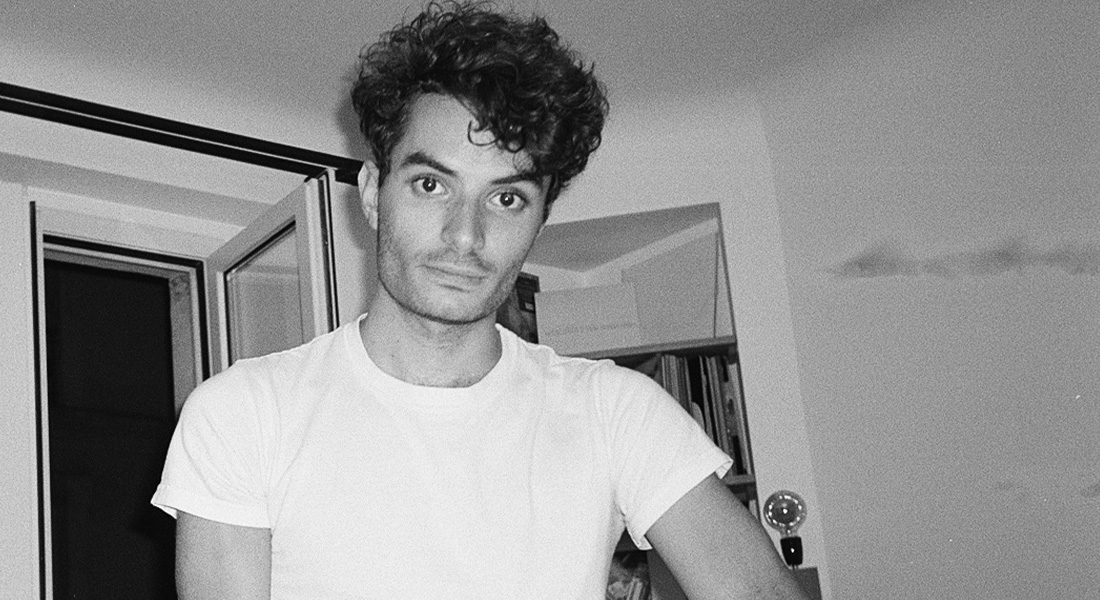 We talked about emotions and music production with Alf Moon for the release of his debut album “Rêve Paraiso” !

It is always nice to get to know who hides behind the name of an artist. Whether it is through a few words said on the radio, between two live songs or in a paper magazine, getting to know who is behind the album cover you clicked on always leaves a unique impression on the listener or the reader. We recently talked about Alf Moon, a French electronic music producer whose music sways between downtempo and ambient, who came back on streaming platforms with new music after five years. His music is deeply rooted in his own emotions, and it appeals to everyone’s subconscious, causing shivers to ripple on the surface of your skin. In order to celebrate the release of his debut album “Rêve Paraiso”, we have asked him a few questions ; if you’ve always wanted to know how an artist produces their music behind the scenes, there are many answers to be found in this interview !

1. Hello Alf Moon ! Thank you very much for taking the time to answer our questions today. Can you introduce yourself in a few words for those who don’t know you yet ?

Hello hauméa, thank you very much for inviting me to answer your questions. Alf Moon is a project born in 2014. I’ve always been passioned about music since my early childhood, I composed a few years before under another moniker, more focused on an “electro-pop” type of music. Then I wanted to explore other sounds, to venture into a different style, hence this change of musical identity.

2. You were very active on the music scene 5 years ago : you were able to perform live on stage and release various EPs with rather prestigious labels – I am more specifically thinking of the French label Egoist Records, one of the directors of the BPM Contest, a springboard that revealed artists like Irène Drésel, Mira Lo or Mila Dietrich. Can you tell us about this early success and how you climbed your way up, so to speak ?

I had the chance to go to the finale of the BPM Contest in 2015, which led me to meet the label’s teams, to release an EP with them and to perform on stage. They’ve supported me from the beginning of my project, and I thank them for the trust they put in me. I’m releasing the album “Rêve Paraiso” independently, but maybe our paths will cross again for other projects.

3. May I go further on that subject by asking you about your absence ? You released after 5 years a track called “Slowly” which announced your recent album and which we spoke about recently on the magazine. Is it possible for you to tell us why you decided to take a step back during those 5 years and why you came back with this track ?

I never really stopped composing, even during those 5 years of absence. I think that this period led me to discover other music styles, and a new way of producing too. Honestly, not releasing anything for a certain period of time also unconsciously makes you afraid of coming back, of reaching out to people, while exploring other paths. Releasing a new project requires the ability to let go. The more time goes by, the more pressure we put on ourselves when it comes to producing and communicating. We have to learn to let go of these fears in order to offer the most authentic work possible.

Similar to Alf Moon : Mydgar depicts the outlines of a dystopian world on his latest album, named “Vertigo”

4. Before we talk about your debut album, do you feel like, with your recent comeback onto the music scene, you are heading for something new ?

Releasing an album is already something quite new to me. I cannot predict what’s to come, but I know I have felt the need over the last few months to express things, to express feelings.

5. As we mentioned a few questions earlier, you came back two weeks ago with “Slowly”, a single that fits in the electronica and downtempo music genres. Do you feel close to certain artists of this music scene ? Are you inspired by musical genres in any type of way ?

I was attracted, like many back then, by the French scene of the time, artists from Ed Banger, from Institubes. Then I broadened my musical influences, I got interested in the techno music scene, then the ambient music scene. This mix of electronic influences has led me to making this album, to oscillating between calm tracks and more club-oriented tracks. I try to transcribe these various influences in my music my way.

Read our review of “Slowly” by Alf Moon : French producer Alf Moon comes back after 5 years with “Slowly”, a calming yet chilling downtempo track

I’ve always admired albums that managed to go from one music genre to another, not limiting themselves to a specific one.  Where each track has its own identity. This is why I tried, through this album, to explore some of the different facets of electronic music. An elongated tracklist allows for this kind of exploration ! My latest EP released in 2016 was more on the techno side, and this long period of absence allowed me to focus on certain sounds, and to discover others. This album is therefore to be heard as a the mirroring of all the influences that have accompanied me these past few years, with an added desire to offer a trip, to allow daydreaming.

7. Your album turns out to be a very diverse journey, oscillating between calm and rocky moments ; when you read between the lines, you realize that the names of some of the tracks seem to echo rather sad events – I am thinking in particular of “In Loving Memory” but also of “Siempre Habra Un Adios” (in English : ” there will always be goodbyes”). Without going into too much detail, can you tell us more about the overall meaning of the song’s names ?

The album was composed between March 2020 and May 2021. It is the result of this strange period we’ve all been through, where we felt various emotions, light or heavy, of joy, anxiety, and sadness too. Everyone went through it, in their own way, doing some introspective work on themselves, reflecting on the past. Each track of the album is the reflection of a feeling we have experienced on the moment. I have always seen music as a mirror of our emotions, anyway. The song titles are what they reminded me of in when composing. Describing melodies through words is particularly difficult for me, it’s all a matter of feeling, of how we feel at that moment. “In Loving Memory” is also a reference to Modeselektor’s track, released in 2004.

8. I would like to review some of the tracks of the album, starting with “Rêve Paraiso”, the track which gives its name to the album. It is without a doubt the most melancholic track of the whole album, and it triggers various emotions in the head of the listener – the piano and the percussions, with their repetition & regularity, calm us down, while the scattered synth as well as the echoes of voices us immediately takes us to dreamland. What does this track mean to you, specifically ?

Thank you for giving it such a beautiful description. This track is definitely the track on which I have most doubted, worked, spent whole nights modifying its structure. My voice came very late in the creation process. I felt like something was missing, something that would add another dimension to this progressive rise. I felt the need to intensify the melancholy of it, and the effect on the voice making it seem like it gets closer and closer, till the end of the track.

9. Moving on to “Recuerdos”, a track that allows you to reconnect with your previous house & electronic productions… even though it is the most organic track of the whole album ! What relationship do you have with the piano and the percussions ?

“Recuerdos” is indeed the most organic song, maybe the most accessible one too, with its “pop” sounds. It was also composed in the first weeks of lockdown (where despite the anxious climate we were living in, I was moved by a form of curiosity to see what this isolation period would cause in terms of creativity). For the percussions, have always loved percussions from a very young age. I’m the type of person who will use any medium or object to create a rhythm. And for the piano, it is now part of my creative process in most of my songs.

10. Finally, I’d like to talk about “Réminiscence”, a track which goes back to the ambient foundations of the album, while still bearing somewhat of an epic side to it and sounding almost like a silent hymn. It is hard not to visualize large luminous spaces while listening to this track ; its sticks out in the album’s tracklist. Can you tell us more about what you felt, what you visualized while composing this track ?

“Reminiscence” is one of the more recent songs of the album, and maybe the one that was composed the fastest. During an evening of March, I felt the need to externalize an overflow of emotions. I’ve hesitated until the last moment to put it on the album, since it is so radically different from the other tracks. I see it as a deep introspection, a form of trip to the depths of our strongest emotions. It is to be listened to when you are alone, contemplating a landscape or closing your eyes.

11. I know you’ve just released your album, but what can we expect in the next coming weeks for you ? Are you starting to perform live again ? Are any remixes coming up ?

I would like to explore other arts, including adding to my music some visual creations. Maybe collaborations, or a new project to explore another side of electronic music. And I want to perform this album live, and why not start doing dj-sets again !

12. Finally, last question : is there an artist that you’re keeping an eye on at the moment and why ?

Here is a short playlist of sounds that have accompanied me from near and far on the composition of this album !

Alf Moon is to be found on all streaming platforms. You can also follow him on Instagram !