We are listening to the favorite tracks of Toro, the French duo who collaborated with Polocorp, half of Polo & Pan

It is a known fact, the French electronic scene is known for its capacity to innovate, and to incorporate ever new sounds. It is in perpetual renewal, and it has seen artists such as Petit Biscuit, Kungs and Feder arise ; among the new artists who are trying to make their way and reach the status of the famous ones, there is Toro. After having accumulated several hundred thousand of streams for their first EP “Toro”, they came back at the beginning of the month with a single called “Hidden Treasure”, which features Polocorp, one of the two members of the renowned duo Polo & Pan. Their single is to be discovered below, and we even asked them a few questions to find out more about their debuts and their favorite songs !

The worlds of Polocorp and Toro are a match made in heaven. Both evolving in an infectious electronic pop music style that has organic and groovy accents, they also both feature androgynous vocals and colorful lyrics filled with metaphors – their track “La Rivière” is a perfect example of this.

This is why when we listen to “Hidden Treasure” we instantly recognized both of Toro and Polocorp’s universes. They blend wonderfully and they give birth to an electronic track infused with tropical elements.

In order to learn more about Toro and to find out which tracks inspire them on a daily basis, we asked them a few questions ! 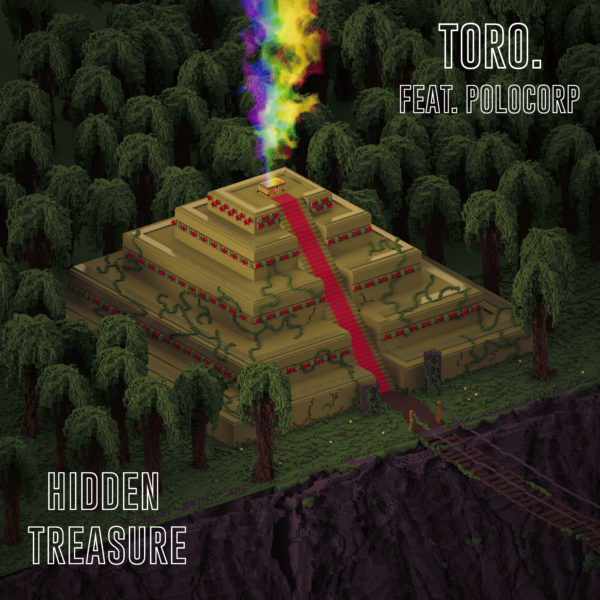 Hey Toro ! Thank you for accepting to answer our questions ! Can you introduce yourself in a few words, for those who do not know you yet ?
Hello ! We are Victor and Oscar and we are the duo Toro. We met in Paris in 2010 at a music school, and at the time we were both playing in a band called Octav. We’ve always had a lot in common when it comes to music tastes and that’s how and why we started the Toro project in 2018.

You have released at the beginning of the month a track that has been produced with a very well known artist in the French electronic pop music scene : Polocorp, half of the internationally renowned duo Polo & Pan. How did you meet, and what made you work together ?
We sent demos to Polo & Pan on Soundcloud, Paul (Polo) really liked the track “Hidden Treasure” (which didn’t have the same sounds at all as the others). We had the chance to go to his studio, the meeting was very cool, our music worlds blend well. This collaboration happened naturally.

Polocorp and you both share this incredible ability to make electronic tracks that you can dance to while still having a deeper aspect to them, and while still having very organic sounds. How do you two work together when making music ?
It’s actually pretty straightforward. We each work on our own, with our instruments, machines and software. When one of us has a demo that is ready to be shared, we send it to each other and then we tweak it together.

And what inspires you on a daily basis?
Many things ! Pop music, electronic music, classical music, rock, rap, video games, horror movies. Anything that has to do with pop culture actually.

Speaking of what inspires you, we would love to know what you listen to on a daily basis ! Can you give us a quick overview of the tracks you like ?

And what do these tracks represent ?
These songs represent our influences, we like the sounds and harmonies that are used. They impressed us with their efficiency and originality. We listen to it when we wake up to refresh our ideas !