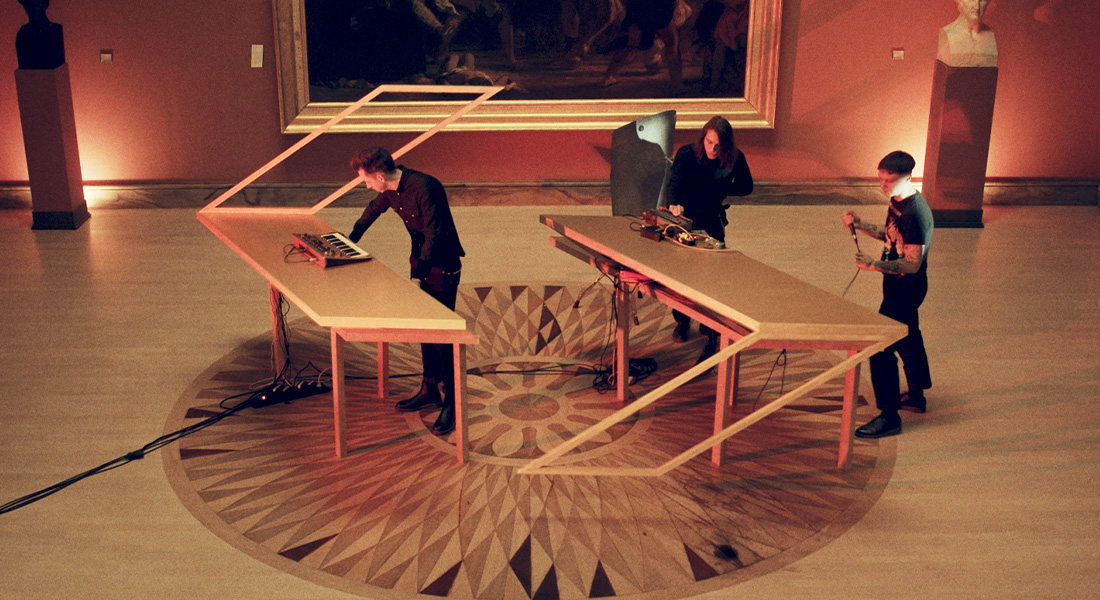 We’ve seen a lot of digital shows these past few months. Sometimes, they are directed by artists who decide to create, for their fans, a unique and exclusive digital live experience. Some other times, these artists take advantage of their own homes and backyards, often on Instagram, to showcase DJ sets and live shows. Among the myriad of livestreams broadcasted at any time of the day on social media, there is reSET, a French initiative which has decided to make two artists of different inspirations and backgrounds to collaborate and to make them perform in various cultural places of Rouen. Not only is it a good way to highlight a lesser-known French city to the world, but it is also a way to showcase new types of live sets and performances.

reSET was born from an idea shared by several music industry professionals of Rouen’s local scene, including Distance Tour Booking, Mouton Noir Records, Le Kalif, and the Heavy Club collective. These four entities wanted to find a new way to promote the cultural and musical landscape of the city of Rouen as well as of its surroundings. Thus, music venues, major cultural places of the city and its peripheral region will be used and showcased during the upcoming livestream performances of reSET.

The concept was first presented with the unusual reunion of Museau, French experimental pop producer and singer, and Roches Noires, known for his instrumental productions that feature house, electronica and downtempo. The result ? A new song produced specifically for the live performance and that is distributed on streaming platforms as well. And that is another strength of reSET : not only do they allow artists to perform in a unique, prestigious place heavily correlated to their music, but also to produce an original song that is then distributed it on streaming platforms. This makes for a global promotional package that goes beyond the “simple” live performance.

Two months after their first live production, reSET broadcasts its second live stream : this time, we get to see & hear Brook Line, a dark electronic music producer signed on Mouton Noir Records, and Modern Man, a rock singer with a rich artistic background and native of Rouen. We get to see them perform in the Museum of Fine Arts of Rouen, and the result is as tortured as it is sharp. Watch and listen below !