Track premiere : Tim Linghaus collabs with piano and coffee records and unveils for us the second single of the upcoming compilation “Realismo Magico”

piano and coffee records : an independent record label that has been getting more and more popular release after release on the ambient and neoclassical scene. The label has indeed had the opportunity to cast a light on new talents – we particularly think of Didacte and Adrien Casalis – as well as to work with renowned artists of this music scene, starting with Olec Mün or Alexandra Hamilton-Ayres, a film music composer who’s been awarded several times for her work. The label is celebrating its 5th anniversary this year, which they are celebrating with a compilation that features various talent from all over the world. Today, we get to exclusively listen to the second track of this compilation that will be released early August : we are talking about the excellent “Saturn Days” by Tim Linghaus, who has agreed to dive deep with us in the context surrounding the release. To be discover below before its official release tomorrow !

It does not take more than a few seconds for Tim Linghaus to show us the very core of his musical universe and his artistic genius. From the first notes we get to hear of “Saturn Days”, you instantly recognize the familiar sizzle of old vinyl records as well as the muffled and warm sound of piano keys being softly pushed, a sound so present yet so reassuring at the same time that you would think Tim Linghaus is playing the piano right next door. As soon as our body & mind have calmed down thanks to the heartwarming piano layers, we get to hear the voice of Tim Linghaus, which allows our mind to wander and reach new heights above the clouds. The two minutes of the track make for a comforting ballad, an escape from our everyday life.

In order to learn more about what made Tim Linghaus compose this track and how he has collaborated with piano and coffee records, we asked him a few questions. Get to know him below ! 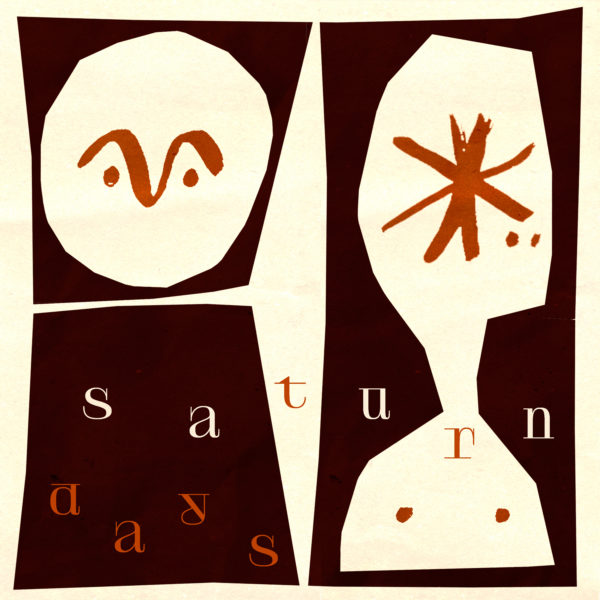 1. Hi Tim ! Thank you very much for accepting to answer our questions today. Would you mind introducing yourself in a few words for those who don’t know you yet ?

Hi Cloé. Thanks for having me. In a few words, I am Tim, a teacher and a musician.

2. You’ve started releasing music on streaming platforms in 2016, starting with a neoclassical EP called “Vhoir”. How did you start composing, and what made you do so ?

In 2015 or 2016 I was dissatisfied with all the music I had made and nearly quit. A grand piano in our assembly hall at school held me back. I started writing little piano music sketches and somehow got the chance to release my stuff with a few labels.

3. You’re releasing tomorrow the beautiful piece that is “Saturn Days”, which is the second single of an upcoming compilation called “Realismo Magico”. How did the connection with piano and coffee records (PnC) happen ?

I met Sergio online a few years ago. I think I had an interview with PnC when “Vhoir” came out in 2016. Or maybe it was later for my album “Memory Sketches”. Anyway, I have enjoyed reading their reviews and listening to music via PnC since the beginning. Somehow we have kept in touch over the years. When Sergio asked me to join the compilation I didn‘t hesitate.

Released on piano and coffee records : Adrien Casalis produced “Ghost”, an EP and an unreal story told by a piano.

4. “Saturn Days” is an ambient & neoclassical track with vocals that tells of someone being hurt while reflecting upon a past experience. How did you compose it ?

I wrote a piano piece that was completely different from the final version today. It didn‘t really convince me at all, but it had some nice lines I couldn‘t just throw away. Hence, I started to cut and pitch and restructure, added guitars, other sounds and lyrics. All of a sudden, it turned into a track I liked.

5. The track itself, in comparison to the first single that was released two weeks ago, is a lot more on the ambient & piano side than the progressive electronica of “Fall Fly Run” by Alexandra Hamilton-Ayres. Were you guided or influenced in any way by the label for the composition of the track ?

We were asked to make something unconventional. I liked the idea. My music has some strange elements and structures sometimes. So I thought it could be easy for me to contribute something that might match the concept.

I did everything for you.
If it’s not enough I’m a fool.
– Tim Linghaus – Saturn Days

6. About the lyrics, this time : they’re very sentimental, and they seem to recall a moment in time where you (or a person) gave your all to a person that did not value you for who you were. Could you tell us more about the meaning behind these lyrics ? And how do they relate to the name of the track ?

I guess there was a time when I was really tired of relationships and expectations and all that. But the lyrics don‘t display a particular relationship I was in or so. It‘s just some random thoughts on commitment and balance. I guess, sometimes we want way too much without noticing. Whatever. There are good relationships. And others. The title “Saturn Days” is a parallel to “Venus Years”, my last album. I just like to play around with references.

7. Apart from this release tomorrow, what is planned in the near future for you, release & show wise ?

I‘m so much looking forward to a release later this year : “Memory Sketches II”.

Similar to Tim Linghaus : We’ve talked with Minihi, the neoclassical duo that plays alongside renowned artists such as Agnes Obel or Lady Gaga.

8. And, finally, here’s a question I like to ask when my interviews are coming to an end : is there an artist you follow closely at the moment ?

Tim Linghaus is to be found on all streaming platforms. You can also follow him on Instagram ! As for piano and coffee records, you can found them on their website, on Bandcamp and on Instagram.