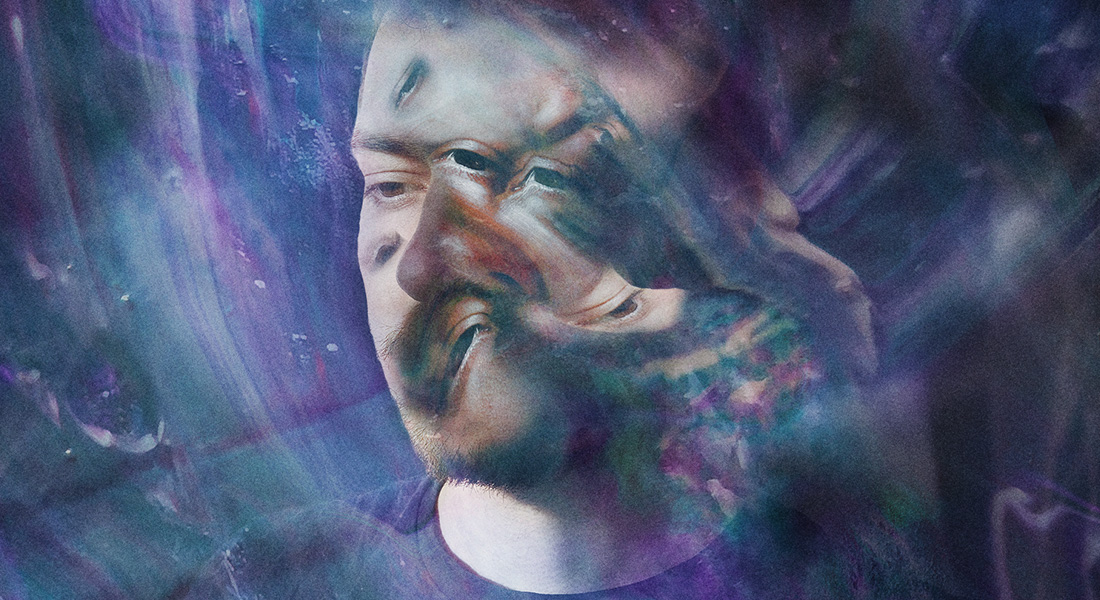 Track premiere : Maddrigal unveils for us his track “Semblance”, a track of his upcoming EP that will be released on June 25th !

We dive back into the calm world of downtempo music, and today, it is Maddrigal, a French composer and producer of electronic music who welcomes us into it. We have the opportunity to listen to part of the universe of his future EP “Essence / Lack thereof” before its release on Friday ; this EP follows “Blacklight”, an EP released in 2019. In addition to his single “Alma” released a few days ago, Maddrigal unveils exclusively for us “Semblance”, a track that sounds as cinematic as it is melancholic ! To be listened to below.

Starting off with scattered synthesizer notes that we then get to hear throughout the track, “Semblance” captivates us while leaving a feeling of melancholy, of nostalgia at the bottom of our heart. As we listen to its dissonant melodies intertwining, we get to easily imagine the memories and emotions that we have felt & lived in the past, going through our minds to the rhythm of the landscapes passing through the window. The track gradually gets more powerful as new sounds punctuate the main melody ; the end of the latter, by being blurry & abstract, surprises the listener – the leitmotiv which gave the track its structure becomes more and more distorted, as if it was moving away from us as we leave its atmosphere. “Semblance” is a cinematic and visual track that makes us want to listen to the full EP !

In order to learn more about Maddrigal as well as about his upcoming EP release in two days, we asked him a few questions !

1. Hello Maddrigal ! Thank you for showing us “Semblance” today ! Can you briefly introduce yourself to those who don’t know you yet ?

Hello hauméa ! My name is Tom, and I make electronic music under the nickname Maddrigal where I mix sound design, synthesizers and field recording.

2. You’ve been active on the electronic & downtempo music scene since 2019. Would you say that since your EP “Blacklight”  your music has changed & is going in a new direction ?

I think my music changes along with me, along with the discoveries and by listening to new artists, by learning new things. I always try to do something new and not repeat the same things I’ve done before when I make music, I try to keep moving and not get bored. I also try to crystallize my emotions & feelings in my music, the way a project is going to sound like quite depends on my current emotional state.

3. You recently unveiled a track called “Alma”, which is the single that announced the release of your EP “Essence / Lack thereof” coming in two days. “Alma” is a track with ambient and downtempo accents, an aerial track which seems to recall some aspects of a new journey. What influences you on a daily basis ? And what inspired the composition of this song ?

I am very much influenced by movies and visual arts in general. On a daily basis I like to compose while watching some film footages or art streams on Twitch. It is a reassuring and inspiring presence to have around. This EP was heavily influenced by Bergman’s Persona, Alma being the name of one of the characters.

4. Today you unveil for us your upcoming track “Semblance”, a downtempo track largely filled with dissonant synths & dry, muffled percussions which make for the rhythm of the track. Can you tell us more about the meaning that lies behind “Semblance” ?

I wanted to tell about this sort of conflict I was experiencing with my identity, between the person I am when surrounded by people and the person I am when I am alone. It’s a track on accepting that there is not really a moment when I am being my true myself, I always navigate between being myself as an individual and the need for others’ approval which I think tends to erase people’s differences in order to be accepted. It makes for a song that is quite unstable but remains close to the electronic music that we know.

Similar to Maddrigal : French producer Alf Moon comes back after 5 years with “Slowly”, a calming yet chilling downtempo track.

5. You’ve also said before that you do what a lot of ambient music composers do which is field recording, which means that you record of sounds of nature then use them when making music. Is that something you did on “Semblance”, or on “Alma” ?

Yes, that’s what I did on all of the songs of the EP. It’s less noticeable on “Semblance” however. I imagine my songs as scenes or characters from movies, they existed before and will continue to exist after ; I’m only here capturing a moment. Field recording allows you to quickly set an atmosphere and create an ever-evolving space in which the song can grow, so to speak. “I … Dreaming” has entirely been composed with sounds from my daily life for example, from the street downstairs from my apartment to moments of life with my loved ones.

6. And besides that, what does this track represent in the overall tracklist of your EP ? Does it have a central place or is it on the contrary a track that you would qualify as an interlude, for example?

I think all the songs are equal in the EP, even though they express different things. I wanted to have a song that was a little lighter and it was with that idea in mind that I composed “Semblance”.

7. I know that your EP has not been released yet, but should we expect, in the upcoming future, a music video for one of the tracks ? Remixes in a few weeks ? Or live performances ?

It’s not impossible that there will be a music video in the coming months. And when it comes to live performances, there is nothing planned at the moment but it is something that I would like to develop.

8. Finally, here is a  question I often ask at the end of an interview : is there an artist that you are keeping an eye on at the moment ?

It’s hard to choose just one artist, I would say Tryphème because I love what she does and I am always eager to hear what she is up to. And I also listen to Caterina Barbieri a lot !