Record label’s compilations are records of a different kind – and, needless today, they’re one of our favorite subjects to cover here at hauméa ! Today, the iconic Parisian label Nowadays Records, which early on specialized in electronic, house, disco and club music, has just released its very first compilation entitled “Club Nowadays Volume 1”. It has two main goals : give the label’s audience its definition of club music, and celebrate the return of “pre-Covid” days by branching out and adding a tour & event expertise to the label – tour dates are to be announced anytime soon ! In the meantime, the label lets us listen to the electronic variations of this 9-track compilation, which casts a light on some of the most emblematic artists of the label, such as La Fine Equipe, and others of their protégés, such as Chien Méchant or Tenere. Listen below.

This one is for the house music fans out there : Nowadays Records’ compilation is all about that music genre ! Painted with pretty colorful tones from the cover art to the tracklist itself, it will without a doubt make you want to dance with your eyes closed this summer. The label has brought together 7 tracks (& two extended versions at the end) with varied atmospheres but whose main theme is centered around – as the name of the compilation suggests – club music, or at least around the label’s definition of club music.

Or maybe instead of saying “definition” we should say “vision”, since Nowadays Records hears solar house & disco sounds when it comes to club music. The introduction to the compilation shows it well : Tenere, one of the label’s artists, reveals in “Say Laa Vee” – which released earlier in March as a single – a house anthem with soulful vocals, a well known sound blend for the house music connoisseurs.

Later on, the tracks of both La Fine Equipe – the band that has founded the label itself – and of VECT bring us to a faster-paced side of club music. “L’Autre Dimension”, a track by La Fine Equipe, raises the BPM slightly and relies on a more minimalist, deeper and slightly syncopated formula to get the crowds dancing. VECT, on his side, gives his own vision of this formula by slowing down the BPM and letting the snares express all the emotions of his track – we could almost say that these two pieces work as a duo since they’re following one another in the tracklist !

In its second part, the compilation lets its listeners breathe a little with Fulgeance’s track, named “Sicily” : its claps and synth games will have more than one person shaking their heads up and down.

The end of the compilation brings u back to two major tracks of the compilation : that of “Say Laa Vee” by Tenere, and that of “Ferbal Filter” by Grand Soleil, but in their extended versions : a great way to keep the show running a little longer before summer comes. Once again, we can say that, Nowadays Records has achieved a tour de force with this compilation, and we can’t wait to party with them on the roads of France anytime soon ! 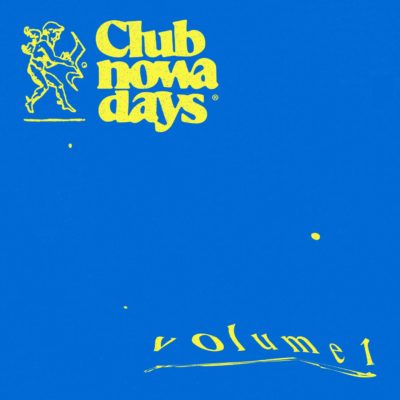