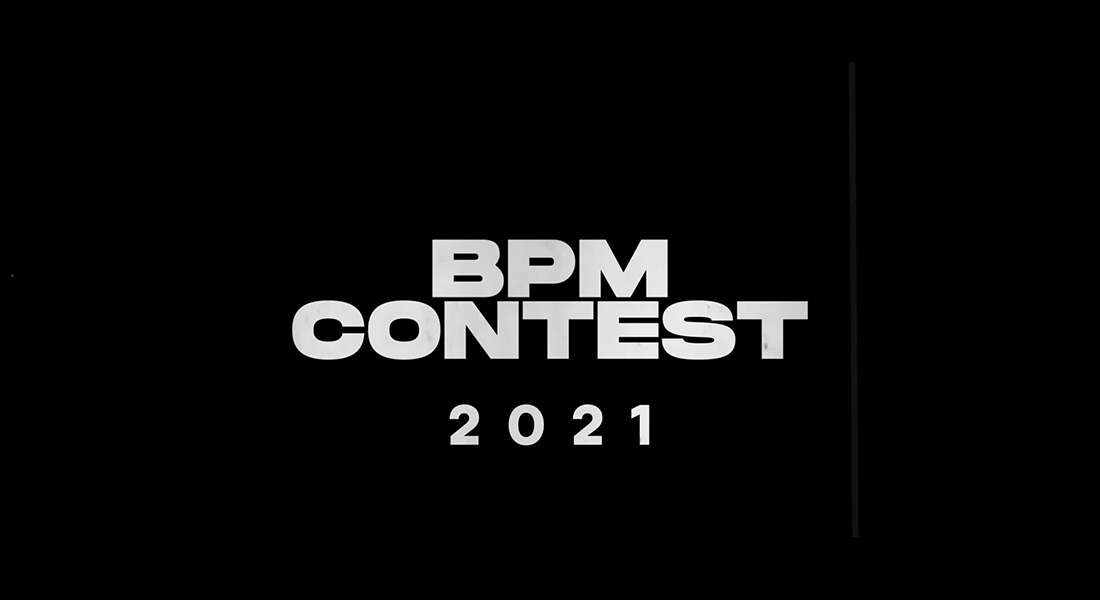 The BPM Contest is back with its 2021 selection and will be showing it off on Clubbing TV from September 27th to October 9th !

The BPM Contest is a French event and support system that has awarded and supported lots of now successful electronic music artist very early on. The BPM Contest, which is celebrating its 10th anniversary this year, has awarded artists like Tez Cadey, Pedro Winter or Les Gordon – we could also name artists like French 79, Mira Lo, Mila Dietrich, Sara Zinger, Alvan, Irène Drésel or even Obsimo just to name a few : in short, they choose emerging artists who are making their way on the French and even international electronic music scene.

The BPM Contest is one of the rare support system to only defend emerging electronic music artists, and it is sponsored each year by (sometimes globally) renowned producers like Vitalic or Jennifer Cardini, and this year is no exception to the rule : the godmother of this year’s edition is none other than Chloé, music producer and director of Lumière Noire.

Now , its usual showcasing event was shaken up last year by the health conditions linked to the current pandemic, and it is maintained again in its digital version this years, and it will be broadcasted on the Facebook page of Clubbing TV, giving the French contestants some worldwide online support. Regarding the rewards that are given the winner of this year’s edition, they remain unchanged : the winner will get 360° support on their music project, including both the promotion and distribution of an EP as well as global support on a promotional tour, all in partnership with media and institutions like Tsugi, Sacem or Inasound, as well as venues and festivals such as the Delta Festival, MaMA, Techno Parade or even the Rosa Bonheur. What a great way to boost the beginning of a career or to confirm an early success !

The 2021 selection is exclusively masculine ; the following artists that have been selected for the 2021 edition of the BPM Contest are : Phantom Traffic, Zilly, Liefive, Jack, Luufa, the duo Tastycool, Taisen, Golfe, Di Laif (whom we interviewed a few weeks ago), Antoine Assayas, the Ultra Moderne duo and Karmâa.

The livestreams of each contestant will be broadcasted from today 6 p.m. on Clubbing TV’s Facebook page until October 9th, which allows one artist per evening to perform a 30-minute live set.

We are already looking forward to knowing who the winner of this edition will be !

Press release for this year’s edition of the BPM Contest :

Since 2011, the BPM Contest has been the first French electronic music springboard, founded by Sébastien Roch in 2011 at the Viaduc Café (a bar in the 12th arrondissement of Paris). It started off as monthly party nights in the form of a support system for young talents in French electronic music. He found a few partners, formed a jury and the BPM Contest was born. “It worked straight away remembers Sébastien. I scouted artists over the internet who were all over the French territory, they then met in Paris and started working together. It allowed for emulation & collaborations”

From this first “rock’n’roll” year in terms of organization emerges the Parisian duo Krono, now signed on Armada Music, a record label founded by Armin Van Buuren. Else will follow in 2012, then Tez Cadey, who will become two years later the biggest French international streamer with 6 billion streams for his hit “Seve”, which became a hit in Asia.

Now supervised by the team of the record label Egoist Records, the BPM Contest will meet you in live stream on Clubbing TV and on the social networks of artists and partners. A big public party will be scheduled the following month to celebrate our new 2021 laureate and celebrate ten years of music.