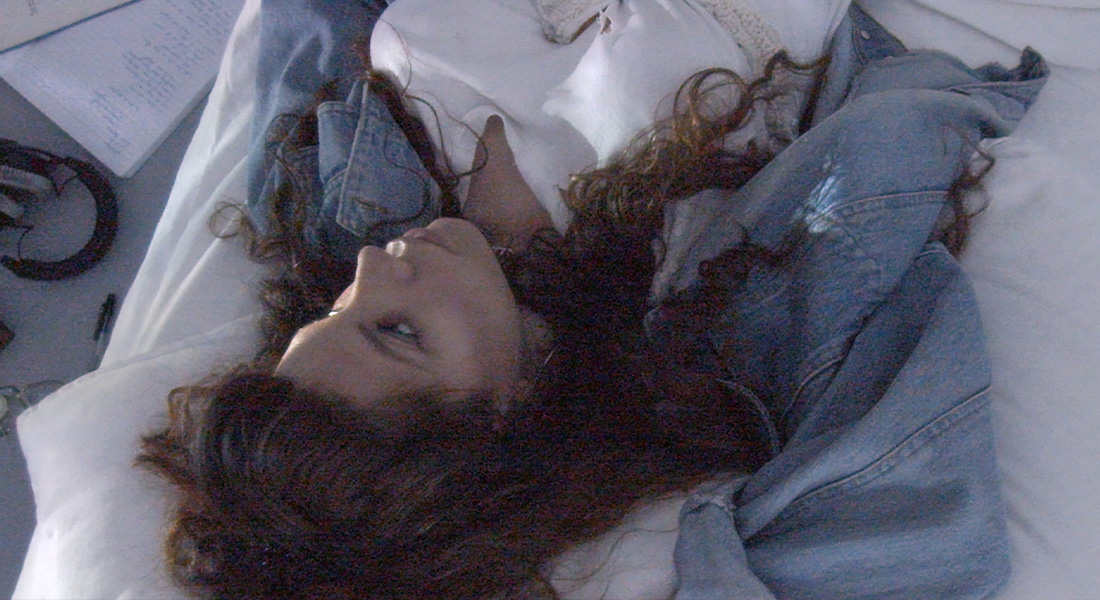 IOTA PHI, a Greek based artist whose music has already spread far beyond the borders of her own country. She catches our attention by her innate capacity to translate into electro-organic dreamlike music her deepest, truest emotions ; her tracks have already reached thousands of listeners all over the world, and she has even been on the world’s most coveted playlists and media. IOTA PHI shines through her authenticity as she shares without filter and with such a particular voice the experiences that she lived ; by synthesizing both universal and personal experiences into lyrics & melodies, she moves her listener to their core, effectively bringing them into her own personal world.

She released last Friday a new single named “Daydream” the track is a dreamy alternative pop song that will amaze listeners who are looking for raw emotions in music. Get to know IOTA PHI in our interview below !

1. Hi IOTA PHI ! Thank you so much for answering our questions today. Can you introduce yourself in a few words for those who don’t know you yet ?

Dear Hauméa Magazine, thank you for giving me the chance to introduce my work to your audience. My name is Ilia Darlin and my project is called IOTA PHI. I’m based in Athens, Greece, I’m a singer, songwriter and recently have become a record producer. I direct and create most of my visuals.

2. You’ve started releasing music since 2017, your first single being called “Kids Of Chaos”, a single that is very reminiscent of the works of what Sevdaliza or FKA Twigs could do. Where do you get such inspiration, and what inspires you on a daily ?

Kids of Chaos is very close to my heart. It’s a very proud moment in my creative journey.
I feel everything comes from within, but it’s not always easy to listen. I make what I consider my best art when I let emotion take over and sometimes I’m surprised from what surfaces. There’s truth when you manage to silence your brain, however I want to say that art/music is also a matter of discipline. I work on my craft every day, it hurts like physical labor.

3. Also, you’re based in Greece, and it is a music scene we don’t come around often here in France. Are you inspired by your local and/or traditional music scene in any type of way ?

Except for some close collaborators, I lead a solitary path in a sense that I don’t feel so much part of a music community here in Athens. I’ve lived abroad for many years so that may have distanced me from the artists here. In need of Greek elements though, I’m trying to draw elements from antiquity.

4. You’ve released last Friday your latest track “Daydream”, a track which is inherently different and a lot calmer, dreamier than your previous releases. What inspired the melody and the instruments choice on this track ?

My dream has always been to make a record including different styles, sentiments etc. Just like life, the record has several turns. I had most of the lyrics for years now and one day my dear friend Eliot came in the studio and we wrote it in 10 minutes, maybe less. It was time… Lyrics led my topline, which is not what I always do. Sometimes flow and melody are more important than words, but this time it was exactly what I had to say. I think it’s quite lyrical, yet harsh at times, so a dreamy synth and a cello felt right. It’s quite simple and I’ve relied mostly on the effects to weave the atmosphere.

5. When we pay attention to the lyrics of the track, we get to hear you talk very emotionally about the way one may speak to themselves, about self sabotage, and bad habits. Without getting too personal (I don’t want to be intrusive!), what made you write these lyrics ?

I’m professing honesty in my work, so you’re not being intrusive. At times I may have thought I was addressing a past lover, but during the process, I realized I was addressing myself. Accepting, instead of fighting your vulnerable parts is what makes one stronger and then you need discipline in order to enjoy life.

Similar to IOTA PHI : Walking through dreamland on “Moonlight”, the latest single of the mysterious duo Skycabin.

6. And you’ve named the track “Daydream”. How does it reflect in the topic of inner monologues and old habits we are trying to get rid of ?

The song is a narration of what actually happened to me. I daydreamed this meeting at a café on a rainy day. A study says we spend 47% of our waking time on daydreaming. Some daydreaming can be disruptive, but some is proven to be beneficial. For me it worked as an epiphany-closure.

7. When it comes to the music video, we can see you, in a room, where images are projected onto what seem like bed sheets attached to the wall. You’ve mentioned that the video reflects how, younger, we used to see our room as our entire world. Is it something you still consider true, even when we reach adulthood ?

Hmm not so much to be honest. My studio has now become this place for me, but also while being in nature.

8. And if we put the video in the lockdown perspective – I know the video was shot during that time, but do you think lockdown helped us, somewhat, to reflect upon that age where we used to play inside our rooms, when we were children ?

I think lockdown helped us to reflect in general. It has been a very esoteric phase, for some more difficult than for others, but creative on way or another for everyone. We have been forced to look inside, look back maybe.

9. You’ve been awarded before for your video direction works. I can imagine lockdown has had a huge influence on your ideas and your work in general as an artist. How did you create and direct this whole music video ?

I’m a new mom so lockdown hasn’t affected me that much, in a sense that I wouldn’t be very extrovert anyways. It’s been quite a while that I’ve secluded myself in the studio and if one thing, lockdown has saved me from the fomo. My studio is opposite to my home and we shot the video during several nights when Phoenix was asleep. I knew what I wanted right from the start, we would just experiment with the lights and the camera trying to get this dreamy vibe.

10. I also want to mention the choice of objects that have been scattered around the room, from the notebooks next to the bed you’re lying on to the ice skates you’re wearing, what do they mean to you, specifically ?

This song is very honest so it felt right for the video to be the same. It’s very realistic cause I use to live in my studio for years. We just recreated that era, using my personal objects, props from previous works etc. I used to be a figure skater hence the skates. Everything in the video is a part of my story. I know everyone has their own universe somewhere, somehow.

11. It is mentioned that the video for “Daydream” is a “Quarantine Video”. If you were to do it all over again and lockdown wasn’t a thing at the time of recording, would you have done things differently for this project ?

I don’t know… Maybe I would and maybe it would have taken away from its authenticity.

12. I know you’ve just released “Daydream”, but what is planned in the near future for you ? Should we expect live shows ? An EP ? An album ?

I’m aiming to release my first album ‘Homo Pauperis’ (Poor Man), in October and a festival in September, which I can’t announce yet. Looking forward to both !

13. Finally, and this is a question I like to ask by the end of my interviews, is there an artist you’re keeping an eye on lately ?

I’m in love with Smerz lately. They’re a female duo. Everyone should check them out. Their work is quite thought provoking.

IOTA PHI is to be found on all streaming platforms. You can also follow her on Instagram !