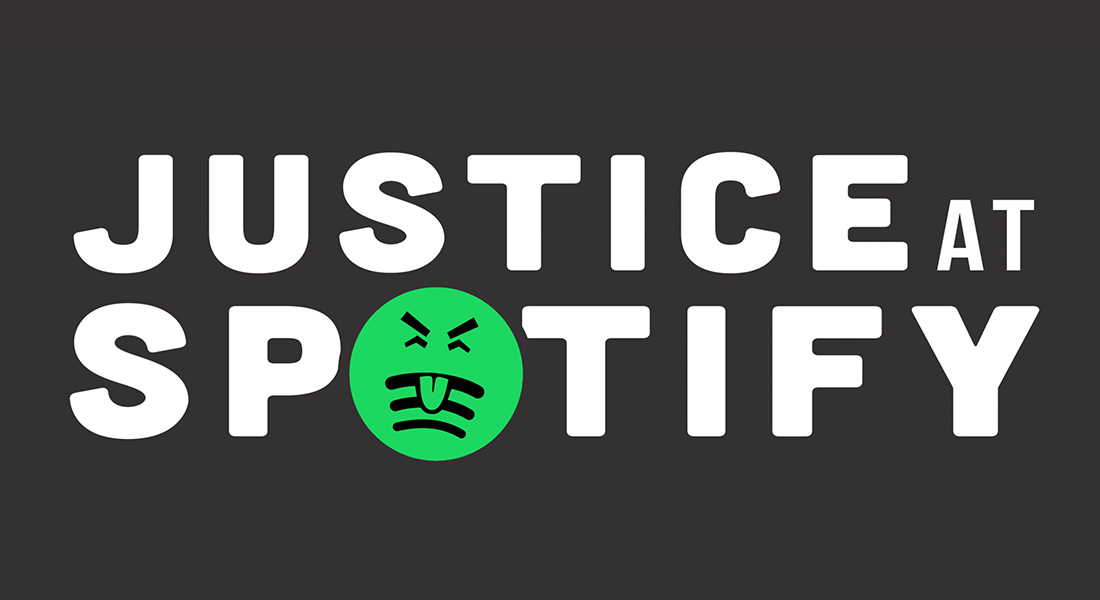 The independent music industry is raging, yet Spotify hasn’t flinched. On November 2nd, the world’s number one music streaming service announced that they want to showcase better the music that artists put online by giving them a choice. Why would this be such a problem? Because of the conditions that apply.

Since Spotify’s early beginnings, every artist had a chance to get into their complex algorithm of “recommended music”. This algorithm is considered the “holy grail” for a lot of artists, since it generally allows your stream rate to skyrocket if you are featured under a big artist’s latest single. Until very recently, the artists had to build their way up, so to speak, in order to get featured. Now, you can get in in a very different way.

Spotify wants the artists to select the tracks they want to see featured on their complex algorithm of “recommended music”, for a fee. An initiative we could only agree with if the platform was not taking a cut off of the royalties that would be generated by said algorithm. This new way to promote artists could certainly benefit independent artists, but instead, offering them a chance to be under the spotlight prevents them from making a living off of their music.

How many streams do you have to generate to make a living off your music?

A stream on Spotify is worth around $0.0038, which is just over a third of a cent. The stream’s worth is already widely disputed by many independent artists, especially by those who are not supported by a label or a major. In fact, these companies, by promoting their music, compensate for this low remuneration by giving them visibility.

If you have a hard time imagining what $0.0038 is, the Union of Musicians and Allied Workers puts it very clearly into perspective in the “Justice At Spotify” petition. 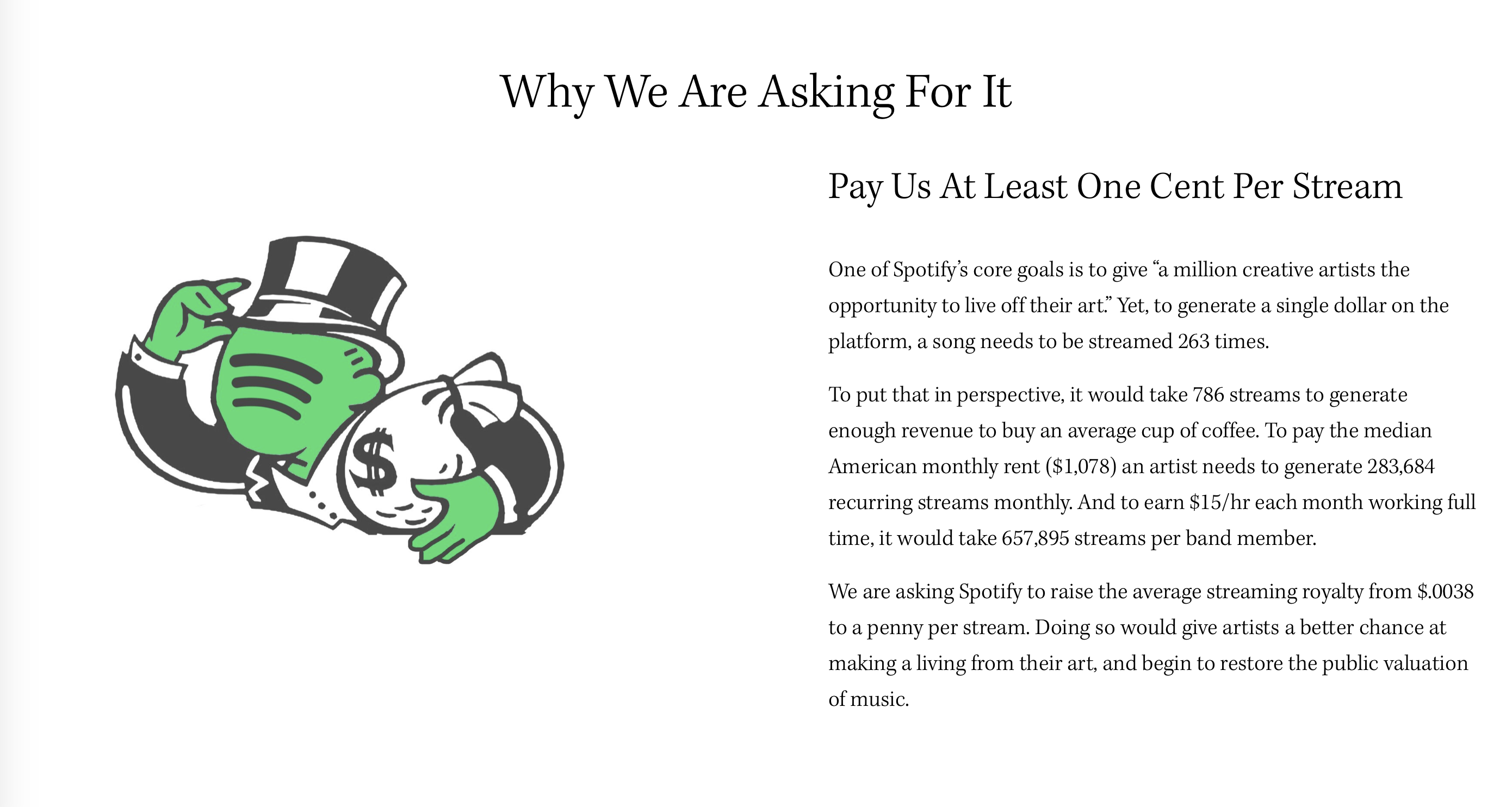 “Pay us at least one cent per stream”, they claim. Why ? Because for now, to earn a single dollar, you have to have been listened to 263 times on the platform. 786 streams allow you to buy a coffee, USA’s median salary which is worth $1,078 is obtained with nearly 240,000 streams. Finally, to earn $15 per hour you’d have to have 658,000 streams per month and per group member. This is only true if the artist has not signed a contract with a label, a publisher or a manager, because in order to work with them you would have to share your rights and/or royalties.

With a title as appealing as ‘Amplifying Artist Input in Your Personalized Recommendations’, Spotify knew that a lot of artists and managers were going to read their article. But it is only after reading many paragraphs detailing how the algorithm works and how an artist can get into it that the artist will have a very grim realization. Instead of paying upfront for a service to be included directly and more quickly into Spotify’s algorithm, you’ll be paying with your royalties. The decision has led to an industry-wide outcry, up to the point that the petition mentioned above received thousands of signatures within a day. For now, the UMAW has received more than 17,000 signatures.

Recommended article : Audius: the streaming platform that pays its artists (and listeners) the most ?

16 billion discoveries happen every day thanks to this complex algorithm. It’s only natural to see Spotify try and monetize their algorithm. However, the music industry will get angry when a company like Spotify claims that they want to “give a million artists the opportunity to live off their art”, and ends up stating that “if songs don’t perform well, they’ll quickly be pulled back” from the algorithm. And this is especially true when they added to their statement that “the satisfaction of [their] listeners is [their] priority”.

To ensure the tool is accessible to artists at any stage of their careers, it won’t require any upfront budget. Instead, labels or rights holders agree to be paid a promotional recording royalty rate for streams in personalized listening sessions where we provided this service. If the songs resonate with listeners, we’ll keep trying them in similar sessions. If the songs don’t perform well, they’ll quickly be pulled back. Listener satisfaction is our priority—we won’t guarantee placement to labels or artists, and we only ever recommend music we think listeners will want to hear. – Read more on Spotify’s website.

Is Spotify having a hard time overcoming the pandemic ?

It is a legitimate question since the contradictions in Spotify’s speech keep piling up. They want to highlight their lesser-known artists, but at the cost of their royalties. They also claim to prioritize the listener’s satisfaction, while wanting to increase the price of their monthly subscription. These odd and paradoxical decisions only make their direction less and less clear.