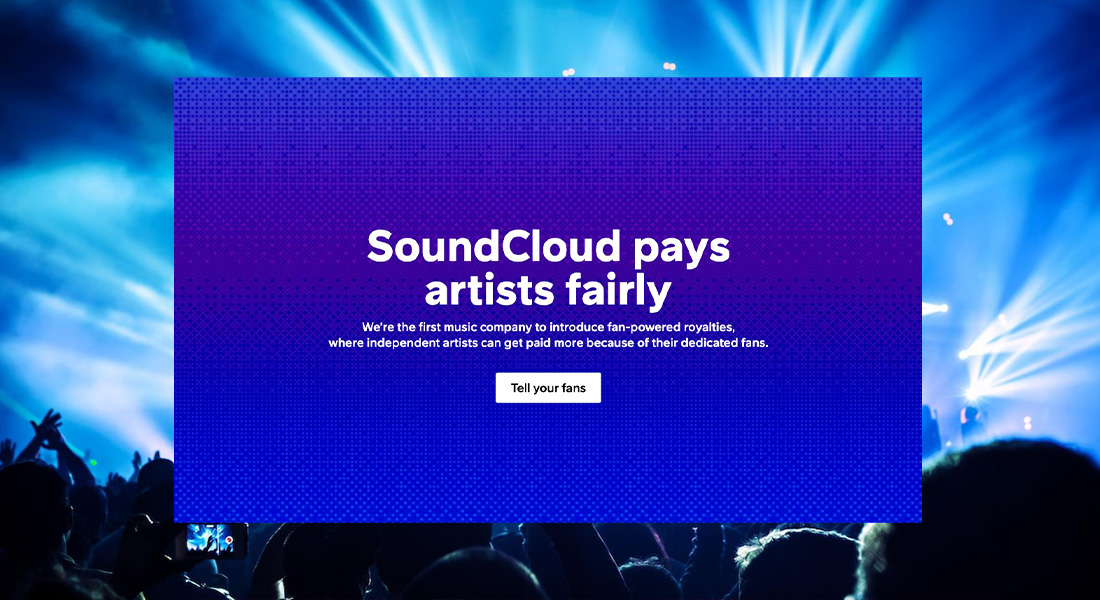 Deezer has been talking about it for a long time, and SoundCloud has done it. From March 2, 2021, SoundCloud officially becomes the first streaming platform to switch to the “user-centric” model for distributing artists’ income (“royalties”). This model is simple : it distributes the money generated by the subscriptions of the fans to the artists that the said fans listen to. Explanations below. 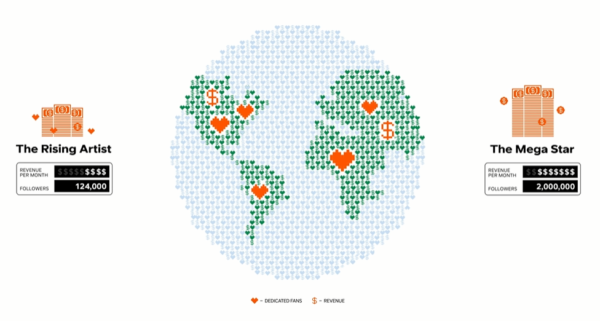 – how the “market centric” model works, the only one that has been used until now

It seems logical to everyone that the ten euros that we give each month to our beloved streaming platforms goes to the artists we listen to. However, until now, this was not the case, and it is still not the case for the four major streaming platforms that are Spotify, Apple Music, Amazon Music and Deezer. So far, what was applied has been the so-called “market centric” model, a model that redistributes the income generated by the users’ subscriptions and ads on the platform based on an artist’s market share. As a result, this model does not correspond to the reality of listening: if you only listen to 4 artists, the money for your subscription does not go exclusively to them.

Similar to SoundCloud : Spotify wants to promote independent artists on its platform… by taking a cut of their royalties.

Even though Deezer has been a true ambassador for several years now of the shift that SoundCloud has just taken, some members of the music industry are stopping the streaming platform to switch to a user-centric model : the majors that are Universal, Sony and Warner Music, as well as and copyright distribution organizations such as Sacem in France (the equivalent of BMI, ASCAP, or PRS).

“You are a fan of French music, jazz, classical music, disco or metal, you will support the artists you listen to!” – Deezer about the “user-centric” model.

Here’s what SoundCloud, a platform that has always run on fan-artist interaction, decided to do. Everyone knows that it is possible to leave comments on the tracks that have been posted on the platform, and that any user, listener included, that has created an account on the platform can like and repost the titles that they most appreciated it on their own account. Today, SoundCloud redirects payments from users to the fans they’ve listened to, especially based on listening time.

The first payments which will have been calculated according to this new model will begin on April 1, 2021, ie next month, and for payments made every two months. The majority will benefit independent artists subscribing to certain SoundCloud programs.

“Independent artists who monetize directly with SoundCloud are eligible for fan-powered royalties. These artists include Pro Unlimited subscribers in the Premier Program, Repost by SoundCloud subscribers and members of Repost Select.” – SoundCloud.

Please not that for your listening to have an impact on the income of the artists you listen to on SoundCloud, you must have subscribed to a paid account. 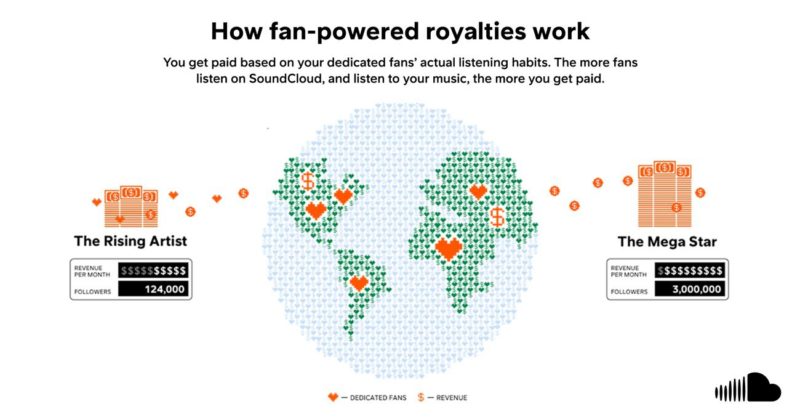 More information on SoundCloud’s website as well as on this article.

From now on, we will try to share SoundCloud embed players and not Spotify embed players on hauméa and on all of our content, when available.