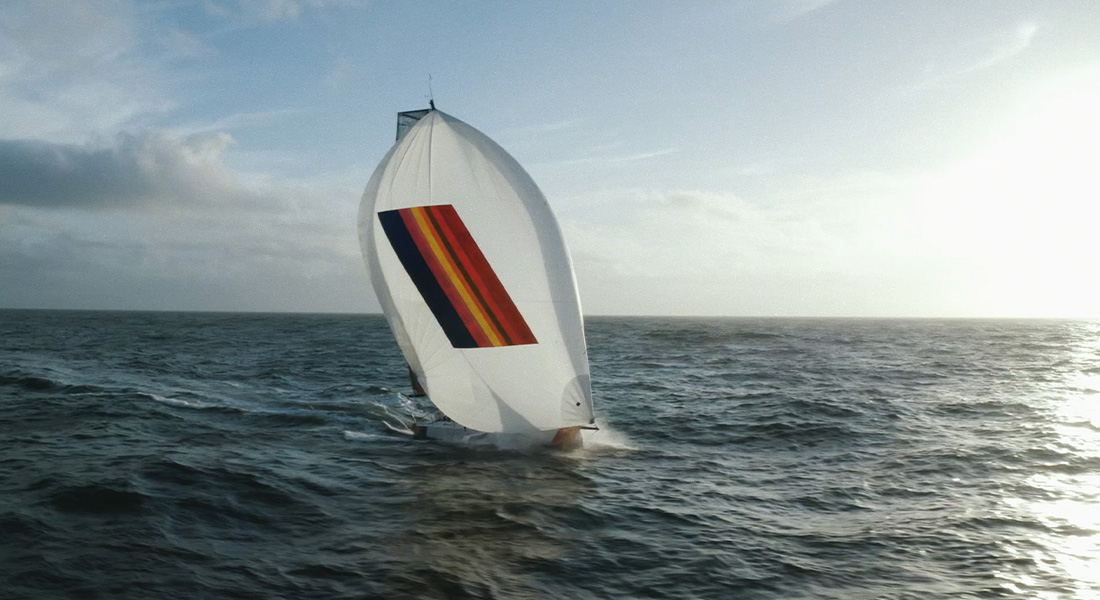 Solitaire(s) : a documentary that tells the experience that Achille Nebout, pro skipper, and French79, electronic music producer, have lived by the sea

Each of us has had, throughout our lives, unusual encounters that often led to learning life lessons & showing our daily life in a different light. And that’s exactly what happened for Simon Henner, better known as French79 – an electronic music producer known both for hits like “Hometown” or for his collaborations with artists like Kid Francescoli – when he receives a message from Achille Nebout, a professional skipper. And what was the message about ? It was an offer to hop on his boat in order to experience what the sea is like. A discussion then led to another, and an adventure began in the midst of the pandemic : the two new friends went on an expedition for a few days off the French coast, and filmed their journey. This results in a 22-minute documentary to be watched on the French79’s website. More explanation below ! 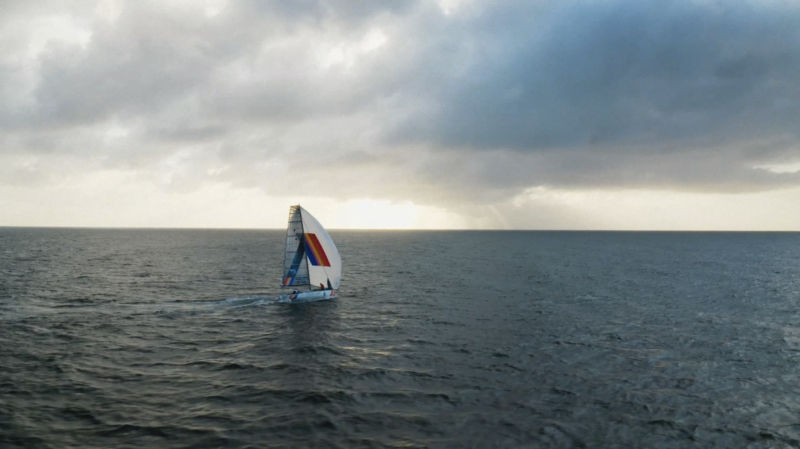 One of them needs music to entertain him when he sails at sea, the other one needs distractions and adventure to replenish his inspiration : together, they have been inspired each other, learned from one another and about their respective professions, professions which at first seem very different, but when you give it a closer look, eventually, has more in common points than you may think.

That way, with a sail painted in French79’s colors, the two protagonists set off at sea and lead the boat together towards the starting point of a famous competition called the Solitaire du Figaro. Their cruise lasted around forty hours for the artist, and if he had first expected a cruise worthy of his first experiences with the professional skipper during the summer, he was quick to realize that the sea is a pretty hostile environment : the waves are strong, the wind blows, and overall the experience is nothing but hard… but the adventure is worth it and the images in the documentary speak for themselves.

As we watch the documentary unfold, we become witnesses of what happens behind the scenes when a skipper leaves the land for the ocean, but we also get to discover through the words of French79 his need for adventure which is essential for him to make the music he makes. The documentary was directed by Romuald Sintes and is to be watched on the French79’s website.