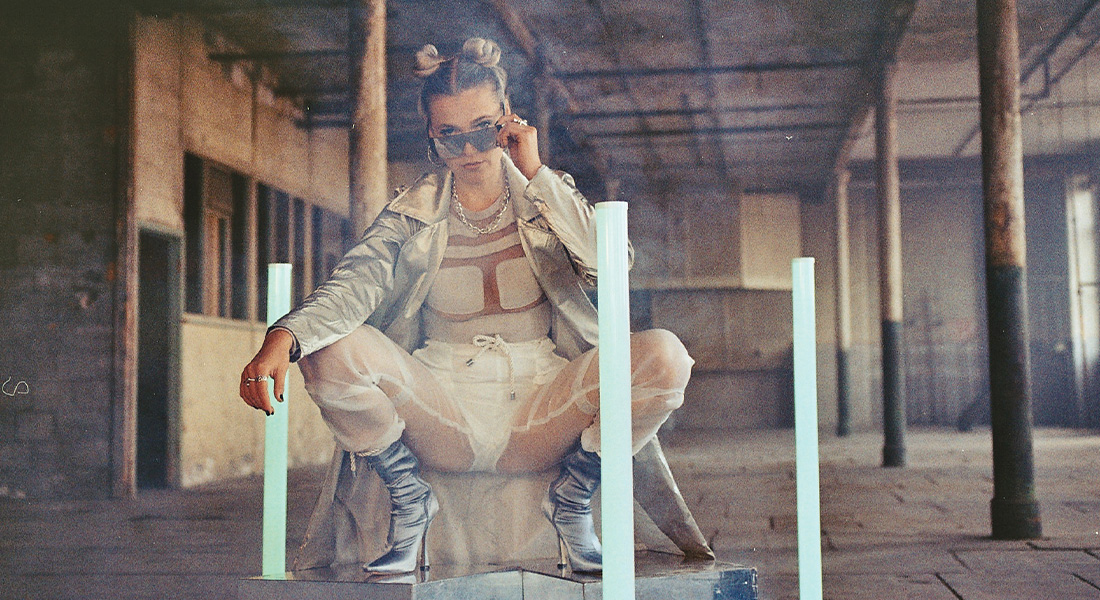 NIIX takes the highway to the experimental pop realm on “I”, an EP as hyperpop as it is R&B

When is the last time you’ve said to yourself “hey, I’ve never heard anything like this before” ? We had that exact reaction when we heard NIIX’s music for the first time. While the voices that are featured in her tracks mingle with what hyperpop artists do best, NIIX’s music is constantly shapeshifting, adapting to the synthetic variations of alternative and electronic pop. The British artist is being closely followed & monitored by Billie Eilish’s – aka Lapsley – and she is determined to bless every person that comes close to her electric, casual and sensitive take on pop music. Her tracks remind us both of the quieter songs of Dorian Electra and of the lesser-known, more experimental tracks of Banks ; NIIX fascinated us with the way she sees and compose music beyond the existing music genres. She released last Friday her first EP called “I”, which is essentially a collection of four songs that highlights the sensitive aspects of experimental pop. To be discovered below !

Strongly inspired by Nyx, the Greek goddess of the night, the EP “I” indeed tends to shifts towards the darker side of pop ; leaving her old alias LUNA and her ethereal pop songs behind, she chose a bolder path : after introducing us to her new musical universe with the electronic R&B influences of the rebel and explosive track “DRV”, it is “W8NG” – to read and pronounce “waiting” – that features the English singer Remée which takes us even farther away, pushing us towards the experimental pop realm. Tinged with small doses of vocoder and autotune, Remée’s voice is electric, which confirms the direction that she took in the previous track : NIIX has decided to turn the existing musical genres into a complete, innovative and inherently personal mixture.

Similar to NIIX : Cosette : her first EP “Gameboy” shows that there is a parallel universe where the eighties and futuristic pop music coexist

After “W8NG”, we get to hear the very anthemic “LST & FND”, a song that is as electronic as the previous ones but whose synthetic side is counterbalanced by an omnipresent organic piano theme ; the more the track progresses and amplifies, the more it reminds us of Oklou’s tracks, an impression that leads us towards the end of the EP. NIIX leaves us on the sweetness of “BBY”, a light & luminous track in which she takes advantage of the stereo effect in order to turn it into a real musical instrument, allowing her voice to take place all around us. “BBY”, although it is an outro, shows us that NIIX has some tricks left up her sleeve.

And if you want to learn more about NIIX, we leave you with the interview we’ve directed for the premiere of her track “DRV”. Keep an eye on her future releases !