To get 2022 off to a good start, and to always provide more enriching content about the music industry to readers of the magazine, hauméa is inaugurating a new concept for its reports : report series ! The first series – and of which this article is a part – analyses the various aspects of a little known side of the music industry : that of music distribution, in other words of the mechanisms that come into play when pushing music onto streaming platforms. This series of reports is divided into three parts which will be released on Fridays. This report is in a way the introduction to the subject. See you next Friday for part 2 !

It goes without saying : the music industry has evolved many times for the past decades, and even more since the arrival of streaming platforms in the life of music consumers. And indeed, today, we (almost) no longer buy music : we consume it. This behavioral change has pushed record labels to adapt their sales and communication strategies… and paradoxically, the democratization of online music distribution has also enabled artists to no longer depend on these labels entirely to release their music.

Today, distributing your music on streaming platforms has become easier than ever. Companies like TuneCore, Ditto, Distrokid or Spinnup to only mention them have each offered easy, low-budget solutions to artists in order to allow them to put their music on Spotify, Deezer, Apple Music and more. On the other end, for music labels, it is digital distribution companies like Believe or IDOL which work alongside dozens of labels (and sometimes labels that independent artists have created to release their own music) to always better push, reference and promote them on streaming platforms.

But how does music distribution work ? What solutions are available today to artists & labels who wish to release their music ? Find some answers below ! 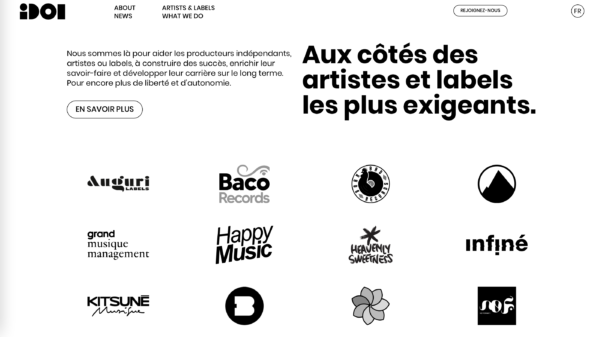 Before we get into it : what is music distribution exactly ?

Music distribution is getting music records in both physical and online stores. For a long time – meaning before the digital era – these distributors were only in touch with physical stores, where you could buy CDs and vinyls. With the sudden rise of online stores like iTunes or, a few years later, of streaming platforms like Apple Music or Spotify to name a few, distribution has become a lot more about getting your music online than on CDs and vinyls.

This is how powerful independent companies such as Believe have seen their activity flourish in the digital distribution realm – although it is safe to say that with the great comeback of vinyls and even of cassettes that physical sales are experiencing a new boom among collectors and fans.

The digital innovations that are taking over the music industry have allowed for another massive change : that of the exponential development of what we call home studios today. This change gave way to a new type of actor in the music industry : that of the artist-entrepreneur. An artist-entrepreneur is an artist who no longer entirely depends on a record label to see their music released, and with music recording becoming more and more accessible overtime – many artists indeed compose on their computers, meaning that they no longer need to rent a studio to be able to record their music – thus limiting the recording costs and allowing many more people to become musicians. This means artists no longer see the need to sign exclusively with a label, and sometimes even go so far as to sign… only with a distributor, because they are able to manage their own communication, or have experts like press officers do it for them.

So how do music distribution companies operate ? What types of services do they offer their artists & labels ?

Before answering these questions, it is important to make a distinction between two types of companies that an artist or label can encounter during their career : the first being self-distribution platforms called aggregators, and the second being traditional physical & digital distributors – independent or not. 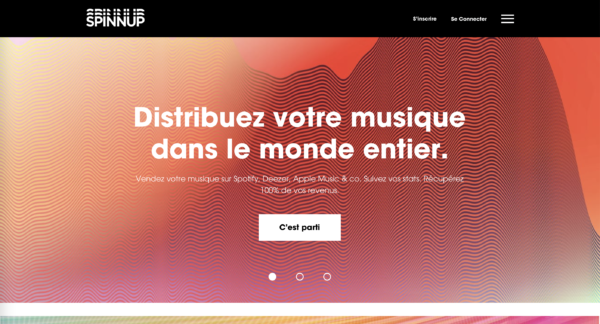 If you are an artist, you most probably already know the names of companies like Spinnup, TuneCore or Distrokid. If you don’t know them : these companies offer a simple solution to artists, which is to distribute their music on streaming platforms for a small price, in the form of a monthly subscription to their service or a fixed price per record.

Unlike distributors whose goal is to distribute the music of their clients on as many territories and platforms as they can, sometimes even on platforms that are not even popular in the artist’s country, aggregators do not distribute on all platforms streaming that may exist in the world. They make a selection based on the most used streaming platforms. Some artists even go as far as to decide to only upload their music to Spotify, Spotify being one of the most popular music streaming platforms in the world, and one of the platforms on which artists see the most potential for worldwide audience growth in the long term. Also, Spotify being known for the quality of their playlists, this also comes into play in the artist’s decision to only have their music there, since they are trying to get featured on editorial playlists to see their audience grow.

And this is one of the main differences that there is with a traditional music distributor : aggregators only fulfill one of the many missions that music distribution can have, which is putting artists’ music on streaming platform. They will not do any type of marketing operation in order to promote upcoming releases to playlists curators. This means that the music that is being distributed by TuneCore or Distrokid for example will not be introduced to the editorial teams of Spotify, Apple Music and more.

However, there are some aggregators who try to stand out from their competitors by working with another distribution company, or even with a major like Universal or Sony. This is the case for Spinnup, another aggregator used by many artists around the world, which belongs to Universal Music, and which guarantees artists that talent scouts (the right-hand people of artistic directors in big labels) will indeed scout Spinnup’s talent pool and potentially introduce the most successful or promising artists on Spinnup to the artistic directors of the many labels of Universal. Other companies like the French one Wiseband have more of a hybrid profile, and offer both aggregation and distribution services to the artists who decide to sign with them.

Since artists cannot distribute their music by themselves to streaming platforms – with the exception of platforms like SoundCloud or Audius which work very differently from Spotify and the others – they ultimately choose to work with a traditional distributor and move on from the aggregators eventually in order to develop their career and seize new opportunities.

About Audius : Audius : the streaming platform that pays its artists (and listeners) the most ?

Music distributors : music partners that are deemed difficult to reach

There are different types of music distributors, as we have seen in the intro. Majors like Universal, Warner or Sony Music have built-in distributors and entire teams dedicated to music distribution, and therefore can have a much greater impact than the aggregators mentioned above. They are for example able to carry out sales operations physical stores – yes, the CDs and vinyls you see when you see first when you walk in the music department of your favorite store have been placed there after marketing negotiations with the labels’ distribution teams ! Thanks to powerful marketing campaigns and networking opportunities negotiated over the years, the artists that have signed with music majors may have more advantages than their independent counterparts… but this is starting to change dramatically, since independent distributors have gained more and more market shares over the years, and can definitely compete with the majors on the digital side of things.

The job of a digital distributor is different from that of an aggregator because the former will have teams dedicated to promotion, data management, and even a marketing team that is dedicated to getting in touch with playlist curators, allowing for marketing operations and playlist pitching – the tracks you get to listen to on New Music Friday for example have been hand-picked by Spotify’s editorial teams, who have themselves been contacted several weeks in advance by the distributors for them to make their editorial choice.

You are probably wondering, after reading this, why not all artists sign with traditional distributors. Well, this is because these traditional music distributors will generally sign with record labels, or with artists who have accumulated either a certain repertoire of works or a certain notoriety. The notion of notoriety often comes into play when you are to sign with most of them.

However, here too, a shift is on its way : these distributors will sometimes decide to sign one single artist and not a whole record label catalog – like French rapper Lomepal who has signed with IDOL a few years ago – and more and more initiatives from superstructures that come to offer music artists & professionals a wide variety of services, including distribution and music promotion to better develop a music niche – Underscope, for example, aims to promote electronic music artists & labels on streaming platforms, and for that has partnered with Believe.

About Underscope : Underscope : the platform that wants to professionalize and promote members of the electronic music scene

Aggregators on one hand, distributors on the other : having your music on streaming platforms has never been easier… or more complicated than ever before.

There is a paradox within the music industry : while the borders between artists and labels have been getting thinner and thinner with time, the border that exists between aggregators and distributors seems, however, to be getting stronger. Many independent artists do not always know when to sign with a distributor, and even think they won’t ever be able to reach them before getting famous. The problem is artists also say they’d need a distributor to reach that level of fame and the big audience of their dreams.

This growing paradox is surely born from the lack of information there is about these music distributors. The job of manager or project manager is much better known than that of head of distribution, or even of “key account manager” – a job which consists of taking care of a portfolio of labels and artists and ensuring that they are well represented on streaming platforms. If these professions, which are essential to the development of a flourishing artistic career, are little known, it is because the music industry is an industry that is changing very often, and the current pandemic only makes such changes happen more rapidly.

This is where the very idea of making series of reports was born. Music distribution is a complex environment for those who are just getting started in the music industry – and such category of people do include emerging artists who haven’t even released an album yet, and it is normal to be lost at first. In the rest of this series about music distribution, we will go and ask questions directly to some distributors. See you next Friday for an interview with a member of a large independent French distributor !

To get notified of our next report, download hauméa’s mobile app ! Available now on the Apple Store and the Google Play Store.