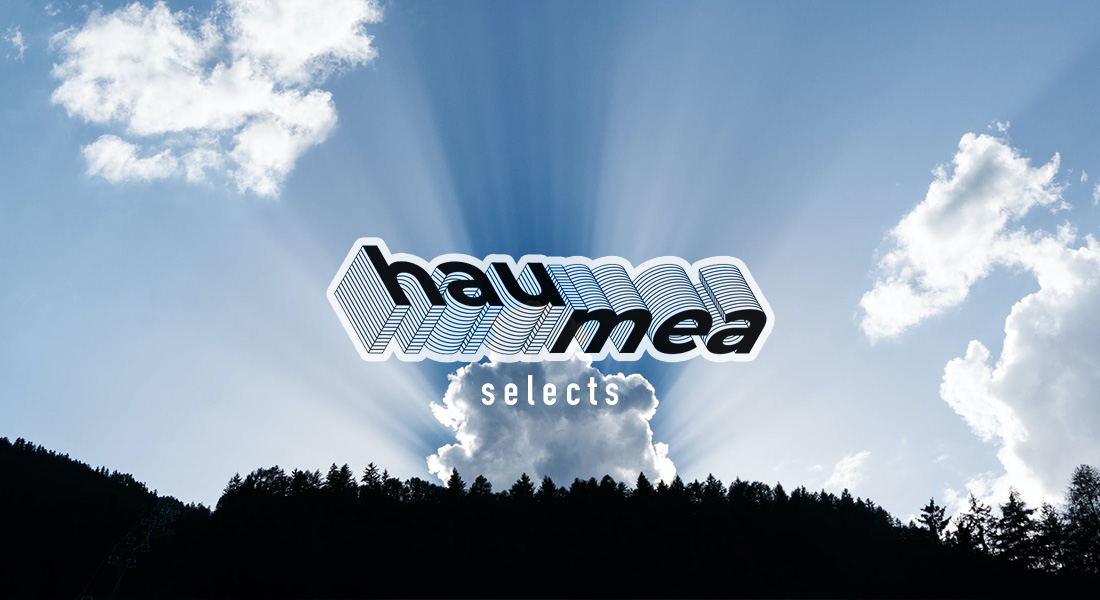 Let’s start the week off with an ethereal mix of ambient, neoclassical and electronica. As it is the case for many music genres, the innovations and personal interpretations of the specificities of these three genres are endless, making each artist and each new release special and unique. We are sharing with you today our recent discoveries in these three genres, including tracks both entirely organic as well as electronic explorations ; here’s an imaginary soundtrack of a trip to some wild forests and islands over which the fog gradually clears up. 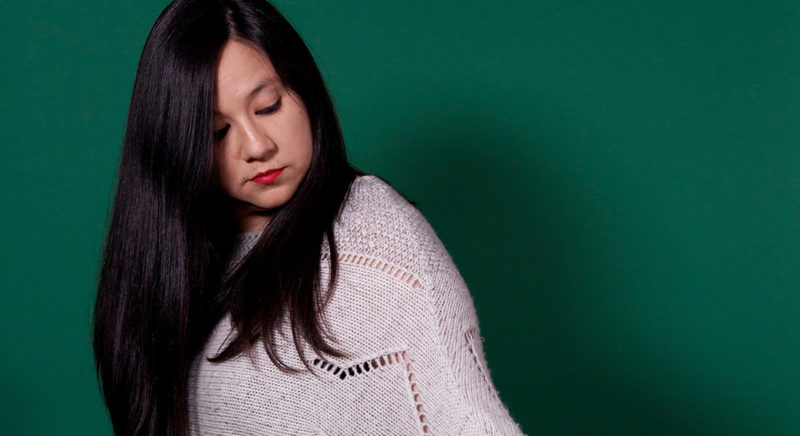 Our playlist starts with the neoclassical explorations of Ink Sticks & Stones and her EP “Vaste”, which is her first ambient & neoclassical EP. By leaving aside her love for acoustic music and guitar chords for a while, she allowed herself to dive deep into the sweet world of slow electro-organic music, therefore effortlessly hypnotizing us with thoughtful compositions played mostly on the piano & the violin.

Today, we specifically focus on “Vaste III”, the first single release that announced the then upcoming EP. Certainly the most aerial piece of the whole EP, it places raw and reversed raw piano chords at the center of the track, such chords then being supported by violin progressions in the background, resulting in a both dreamy yet epic instrumental piece.

If you enjoyed her track “Vaste III”, we strongly recommend you to listen to the whole EP ; there is a story that takes place along the tracks when you listen to them one by one, which makes us feel like we are drifting away from the big cities, flying in slow motion above the trees of a dense forest. We also recommend you to have a look at each of the visuals that illustrate each track of the EP ! 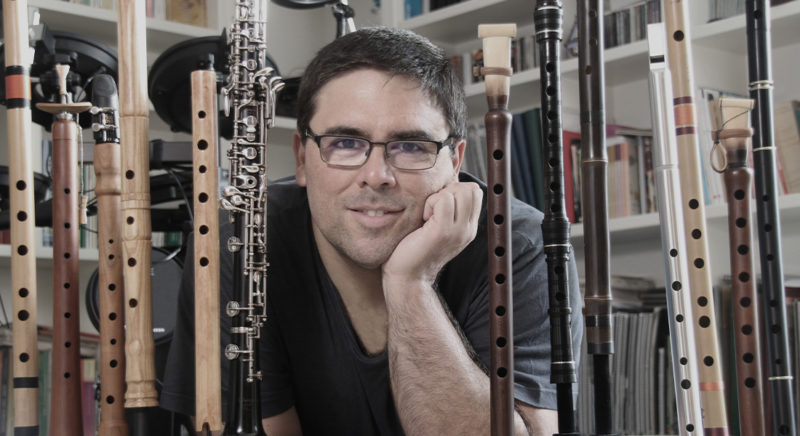 Our imaginary soundtrack then features “Solace” by Javier Márquez, a track that also combines both the ambient and neoclassical music worlds. Javier Márquez is far from being inexperienced when it comes to music production ; he writes and plays several instruments, mixing ancestral influences with modern rhythms and productions. He has been a prolific artist in the neoclassical & world music scene since 2012, and he was even rewarded for the intro track of his latest album : “Around the autumn equinox” indeed earned him the Hollywood Music in Media Award in 2020.

Today, we are solely focusing on “Solace”, the third track of his album “The Shelter Point”  ; although the album in itself tells us of a music journey that takes us back to ancient hispanic lands, “Solace” is undoubtedly the most aerial piece of the album. Even though the overall track is on the more minimalistic side of ambient music, it lets an Armenian duduk express itself smoothly on ambient layers played on the piano which intermingle beautifully, recalling some of the great Agnès Obel’s early works.

Once again, we can only recommend you to listen to the full album, especially if you enjoy instruments from various eras and cultures and instrumental music. We can only but wish you an excellent music discovery ! 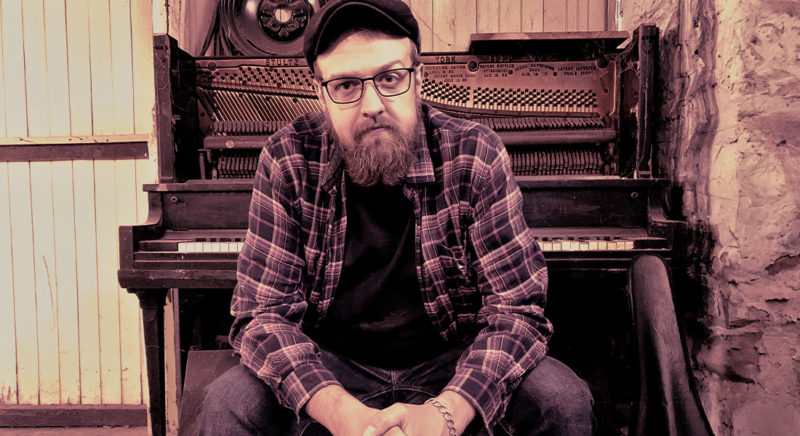 We now leave the neoclassical realm to focus solely on ambient music. We are welcomed by Le Grand Salon, a Canadian artist who has just made his debut with a first track that bears a very literal name. Entitled “Le Calme Gouffre de la Désolation”, which means “The Calm Abyss of Desolation” in English, inspires various emotions. While listening to it, we understand the very meaning of the name of the track ; while the ethereal electronic layers soothe us like the works of Marconi Union, the piano, however, brings to mind what can only be qualified as a form of infinite melancholy, and the piano allows us to experience the subtlety of this ambivalent feeling in the form of airy and scattered notes. And we feel like this for good reason : the artist says himself that the writing of this track was greatly inspired by his love for the Quebec winter ; the track tells of the calm feeling you may get when you are staring at the window, – watching the great events of nature unfold in front of you.

“The image I had in mind when I began the composition was one of a frozen windswept desert. The title is French for “The Calm Abyss Of Desolation”. I didn’t write it to evoke bleakness or isolation per se, but instead a tranquility, a quietness, or peacefulness in the face of such things” – Le Grand Salon about his track “Le Calme Gouffre de la Désolation”.

Le Grand Salon is the artist’s name of the composer Pier-Luc Boivin, an artist who has worked for a long time within the music industry before affirming his career as a solo artist, and more specifically as an electronic and ambient music producer. Now swaying between organic instruments and electronic productions, his first tracks had a lo-fi / lounge feel to them, an aesthetic he put aside to drift towards calmer sounds. Stay tuned : a three-track EP is releasing soon !

Similar to this playlist : hauméa selects #4 : traveling across the lands of ambient music with C.M Jenkins, Omantra, Away From The Earth, Chris Other, Olec Mün, Raffael Seyfried and Scholler ! 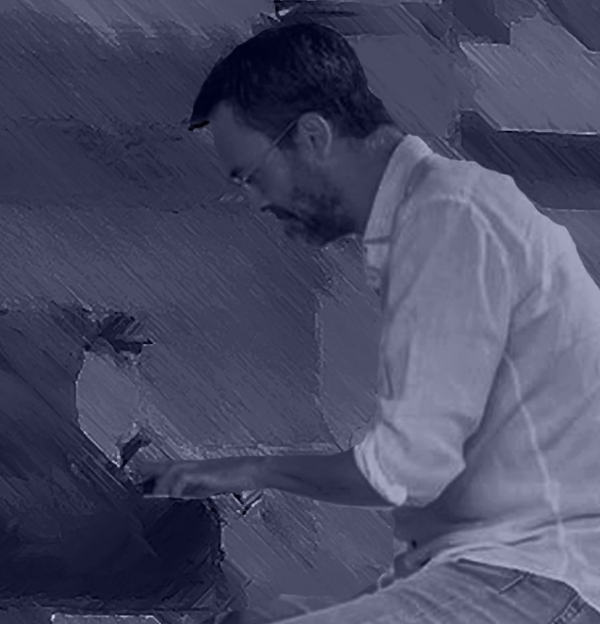 We put aside all electronic production for a moment in order to focus on Lisandro Rodríguez’s latest piano track. He is well known for his personal works as well as for the movie soundtracks he has worked on in the past ; today, we listen to a track called “Mentira”, which directly follows an album released last year. Entirely written and played on the piano, it shows without any added effect some raw & sincere emotions ; “Mentira” means “a lie” in Spanish, which seems to clash with the soft, calm, and peaceful sounds that are to be found in the track. Should this be interpreted as a way of saying that lies are sweet to the ear when we don’t know they are lies ? As always, this is up to the listener’s interpretation.

Lisandro Rodríguez is a composer of ambient and neoclassical music who has been releasing music since the mid-2000s. Born and raised in Canary Islands, he founded “Syncronica” in 2005, a label which allowed him to release the soundtracks he composed as well as the productions of other artists around him. Now that we have listened to “Mentira”, we are impatiently waiting for his next release, called “Tara” ! 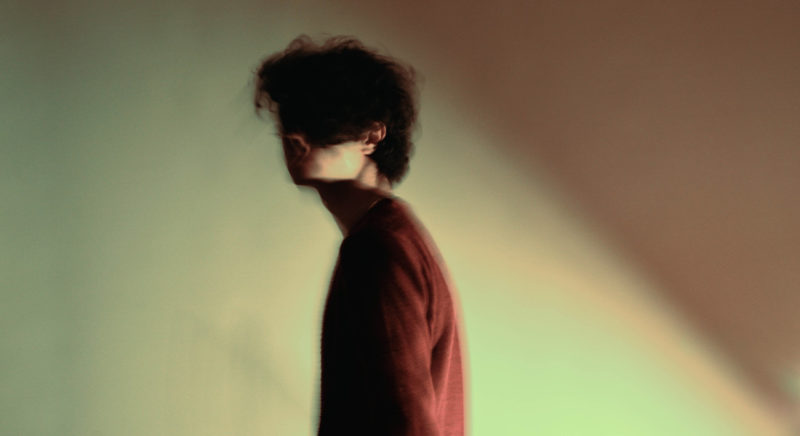 We leave the Canary Islands behind us in order to head for Lebanon : on our way we get to meet Amir, a young producer who is to be found outside of the established music codes and genres. His music instead reflects through a mix of various genres what he likes, feels, and is influenced by. We particularly focus on “Depths”, a track from his album “Rise, from Depths, of a Preliminary State of Youth” ; the album overall reflects the various moments of our childhood that have inspired us to be creative and to use our creations as a way of expressing ourselves, and “Depths”, on its side, tells of the various encounters we had during our childhood.

“Depths is essentially about the experiences and encounters of the youth which are reflected in their art” – Amir au sujet de son titre “Depths”.

After a very introspective and thoughtful introduction, we get to hear progressive chords played on an electronic keyboard, which somewhat remind us of repeated actions performed during childhood and, in a sense, a form of urgency, most probably induced by the speed at which the electronic piano chords progress. If you enjoyed this track and you are regularly digging new organic music with an experimental aspect, we recommend you to listen to the full album he released exactly a month ago ! 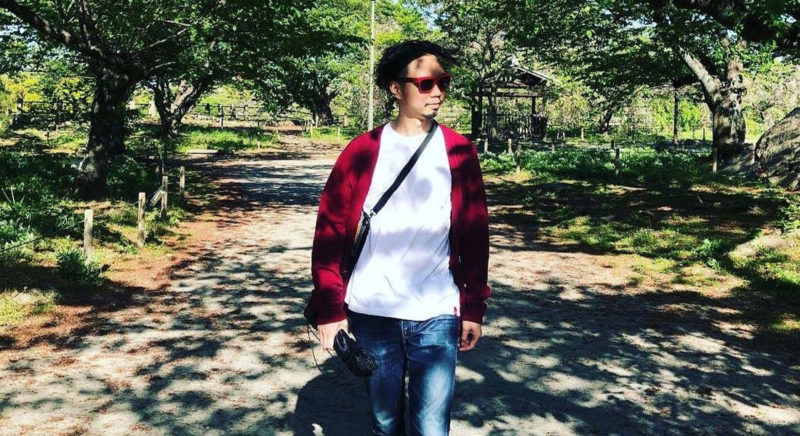 Our playlist is coming to an end, which means that the BPM is picking up and that we are entering the diverse world that is electronica. In order to smoothly transition from one music world to the other, we listen to King Zausage’s latest track. King Zausage is an electro-ambient music producer who started his career in the music industry as a curator for various festivals in Hong Kong. Today, he is a fully fledged electronic music producer whose music is largely influenced by ambient & downtempo works, and his latest single “Near Bonix” is no exception to it.

His music & compositions are largely influenced by his religion – Christianity – and by his theological research. King Zausage is indeed inspired as much by poems written by saints as by his own emotions ; “Near Bonix”, written in the midst of a pandemic, is to be listened to while taking into account the prism of Christianity and its emotions. Written during a period of isolation, it tells of the feeling of loneliness but also of love through muffled percussions, electronic layers, and a slow & rhythmic rise at the end of the track. 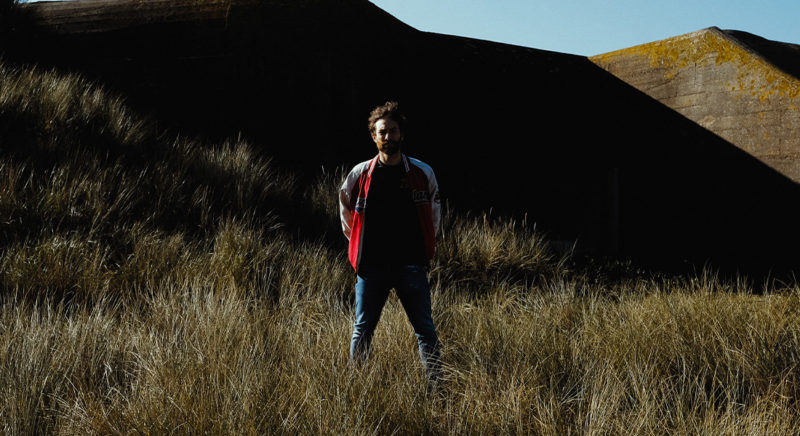 We close our electro-organic playlist with the first track of Michael Donoghue’s recent EP, which are both entitled “Night Thoughts”. Michael Donoghue is an electronic music producer whose influences are a sweet mix of the works of the pioneers Kraftwerk as well as Jon Hopkins. If both of these giants’ productions are as strong as they are unique, Michael Donoghue gives us his own interpretation of them, therefore effectively bringing together such diverse worlds. Being also inspired by books and very minute events of the world around him, his music is the exact translation of his thoughts & lived experiences.

The intro track of his latest EP, “Night Thoughts”, starts with quasi-dissonant electronic layers, which we stop focusing on as the main theme of the song develops as the song goes. This stellar electronic melody plays on the keyboard and intensifies as more and more sound elements build up ; the final result is as dreamy as it is futuristic, leaving us with a feeling of grandeur, as if we had just traveled across space at high speed, or as if we had flown over the dark side of planet Earth at night.

We heavily recommend you to listen to the whole EP after having listened to “Night Thoughts” – the EP is indeed a great way to extend our playlist and keep the BPM rising ! And if you really want to dig deeper, you can listen to his alter-ego Cosmosapien, an alias that allows him to express a darker part of his as well as much more ambient sounds. Here is featured his latest EP called “Pangea” !

More playlists to be found on our Spotify account. If you enjoyed our selection, we recommend you to listen to our “Ambient & Downtempo” playlist that we regularly update with new tracks !

– disclaimer : this playlist has been curated through MusoSoup #SustainableCurator.