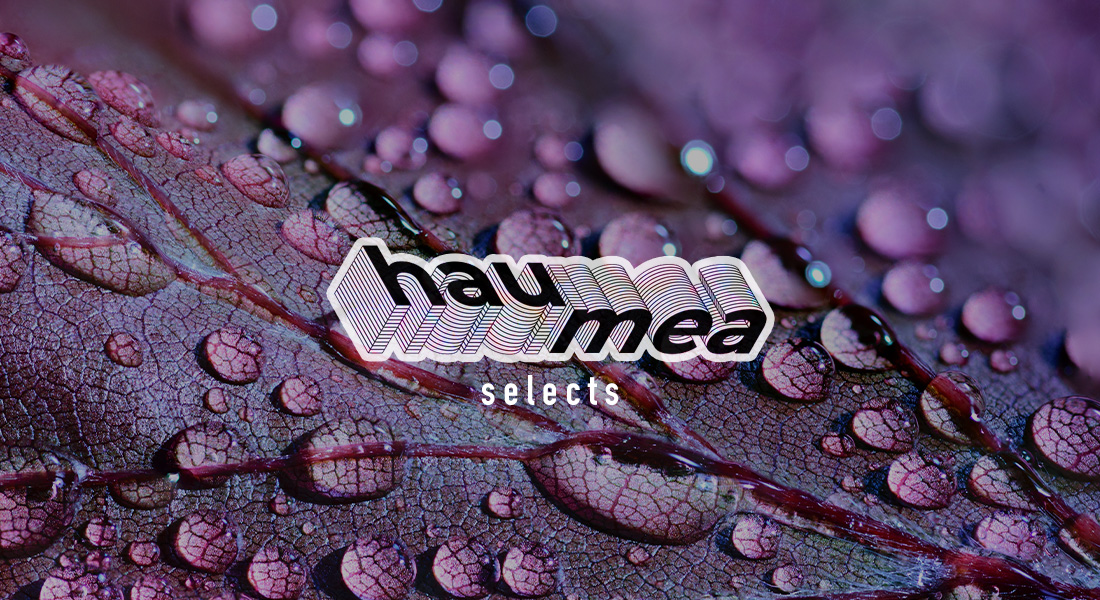 Pop music is oftentimes seen as a mainstream genre, and there is a negative connotation to it that artists don’t necessarily want to be associated with. This is why a genre that is dear to us on hauméa has become more and more popular over time in the independent spheres of the music scene : alternative pop, which is essentially a way of turning pop music, a very codified music genre, into something more intimate, more personal. What happens, however, when the clear distinction between “mainstream pop” and alternative pop become blurry ? We then obtain a dynamic, dancing music which could largely be broadcasted on the radio, while keeping this intimate, indie side of alternative pop.

Let’s listen to the latest tracks from six artists based in the United States as well as England or Germany ; if their music can sometimes bear a vintage touch, some other times, it comes close to an older type of pop soul that Annie Lennox could have performed back in the days. So let’s listen to Cherry Seraph, Tuff Ghost, Eavesdrop, Daniel Joshua, Anaté and Mars Togaia ! 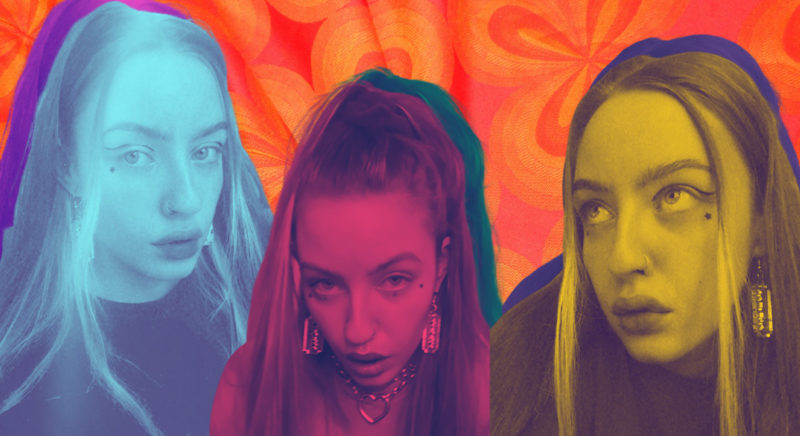 Our playlist starts off with Cherry Seraph’s electric pop experiments – “8am” may only be her first single as a solo artist, however, Cherry Seraph is far from inexperienced and her music is already rich and meaningful. Being largely influenced by bands like The Cocteau Twins or Beach House, her first track refers to a temporary but forced separation she had to go through due to the health restriction measures implemented last year in England. Cherry Seraph thus tells with lightness, vocal arabesques and the use of vocoder a heavy feeling that is difficult to rationalize : that of uncertainty. “8am” is an experimental pop production which is reminiscent of some of the great pop and trip-hop classics !

Cherry Seraph is a classically trained artist ; if her studies led her to learn to play instruments like the flute, the piccolo or the saxophone, her music is nonetheless very electronic. Her musical training allows her to be the sole person in charge of the production of her tracks. Now that we have listened to “8am”, we patiently wait for her first EP, named “from someone, somewhere” and coming out on streaming platforms on June 8th ! 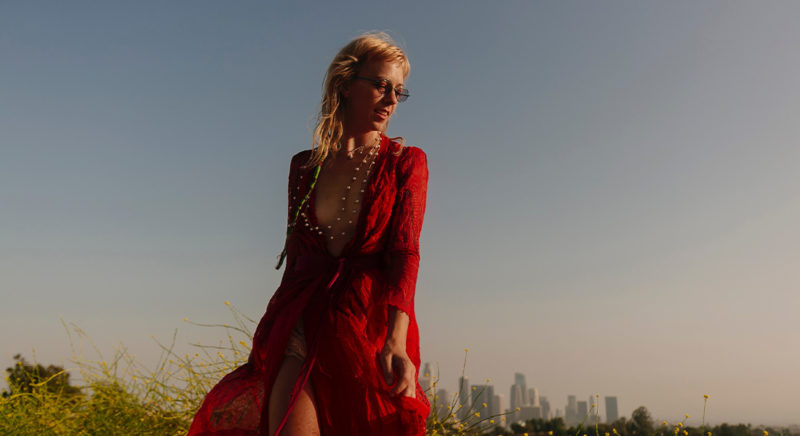 We leave the electric pop of Cherry Seraph behind us to listen to Tuff Ghost’s latest track, a track called “Collapsing Stars”. We keep going on our very electronic journey with this track ; it takes us to the upper echelons of electronic pop from its first notes, and is very reminiscent of both the highly codified productions of Sofi Tukker as well as the emotional and epic pop of Jamie XX.

“Light up, light up all your kindness, of course
Didn’t you notice it was kind of dark
I can’t finish what I’ve started before
Haven’t you noticed, we’re all collapsing stars”
– Tuff Ghost – Collapsing Stars

That’s why on “Collapsing Stars” we quickly get the impression of having been launched at full speed in the air ; we observe our surroundings in slow motion, letting any emotion that we feel invade us as we appreciate its slightest variations. This impression is only amplified by the layering of Tuff Ghost’s voice on the choruses, which few lyrics tell us of an existential awareness : “Collapsing Stars” is a unique journey that has us hooked from the very first seconds ! 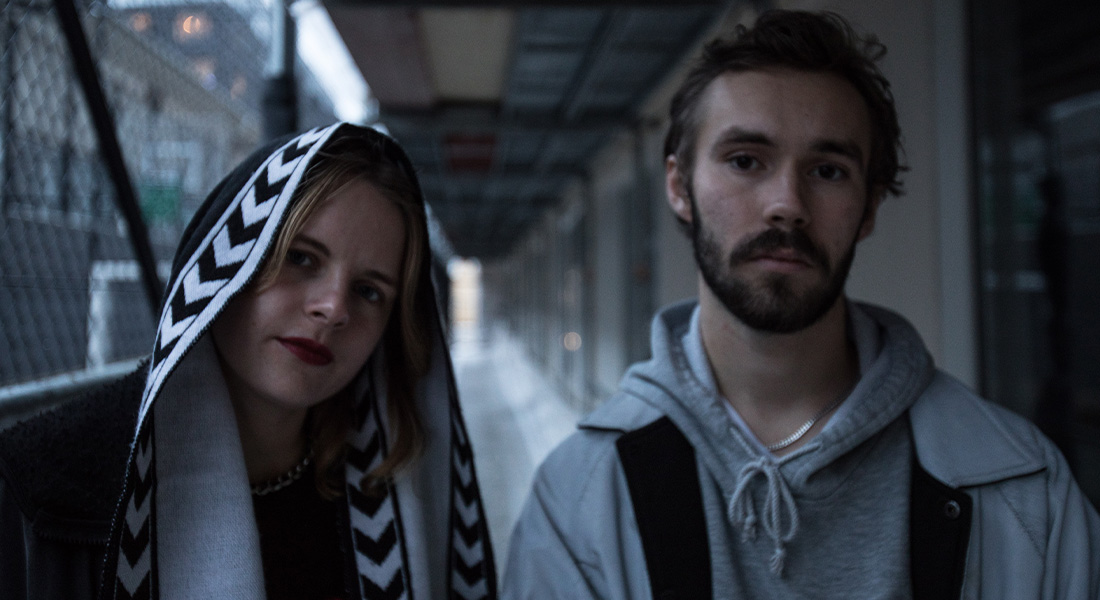 Eavesdrop – Under The Moon

After having traveled through lots of emotions, it’s time to go back in time with the vintage infused electronic pop of a duo named Eavesdrop. If the career of the duo has only just begun, they offer the listeners who cross their path addictive pop tracks filled with synthesizers and a nostalgia feel which makes us go back to the early beginnings of electronic music. They released only a few days ago a single called “Under The Moon”, and under this dreamy name hides a progressive melody which reaches its climax on the choruses. “Under The Moon” tells the story of a couple, and one of them wished to rediscover the passionate days of the early beginnings of their romance ; this track is an uplifting electro-analog ballad made for us to reconnect with our adolescent emotions.

Eavesdrop is a Swedish duo based in Malmö. Whilst being young still, they have experience when it comes to music production ; the group builds single by single an audio universe in which the drums highlights subtly the enchanted vocalizations of the choirs, and in which the neon colored atmosphere let characters can recall their first love as well as the first realizations they’ve had about the world around them. And if you liked their new track, we also recommend you to listen to their previous single, called “In The Sea”. It is slower, and more languid too, and it is still filled with an infectious pop sound that sticks to the skin, which is essentially the music signature of the duo ! 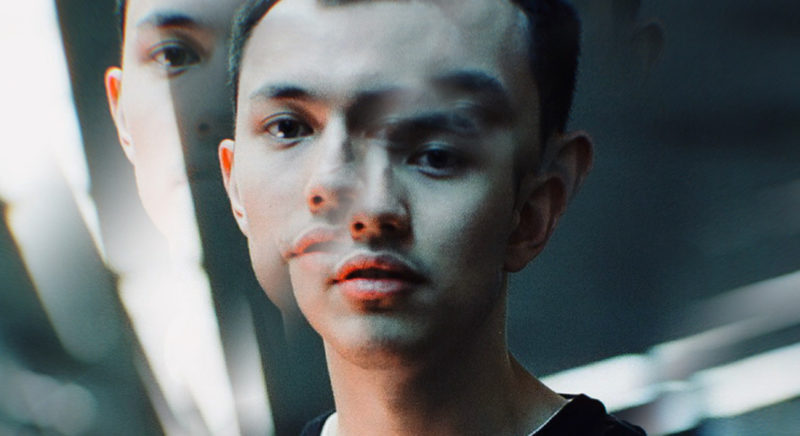 Pop music intertwines with alternative pop rock music on Daniel Joshua’s first single. Named “Hivemind”, it is over piano chords and lyrical prowess worthy of Radiohead or Muse’s songs that Daniel Joshua captivates us, and he does so while talking about a subject which is unusual, to say the least, especially for such a music genre that usually inspires songs about unfinished love stories or existential crisis. Daniel Joshua, however, tells us of the business operations that take place behind what influencers post and promote on social media. He even goes further and extrapolates by imagining what would happen if the interactions people have with influencers were taken to the next level, and if the audience, the followers of these influencers were aware of what is happening behind the scenes.

“I find celebrities and the concept of influencers quite terrifying and a bit sad really. A lot of the time they’re trying to sell products or things they don’t really care that much about to people who don’t really want or need them. Their followers end up really investing in the lives of people who look at them as a target market or as a stat. I absolutely despise that. I wanted to explore just what happens when that idol worship gets taken too far.” – Daniel Joshua about his single “Hivemind”.

Thus, through guitar chords and muffled drums, Daniel Joshua makes us dive deep into the heart of an almost dystopian world ; a psychedelic journey that we would greatly like to see adapted into a long feature movie. And although this track is only his second ever release, “Hivemind” is the first single of an upcoming EP that should be released in a few months. Stay tuned ! 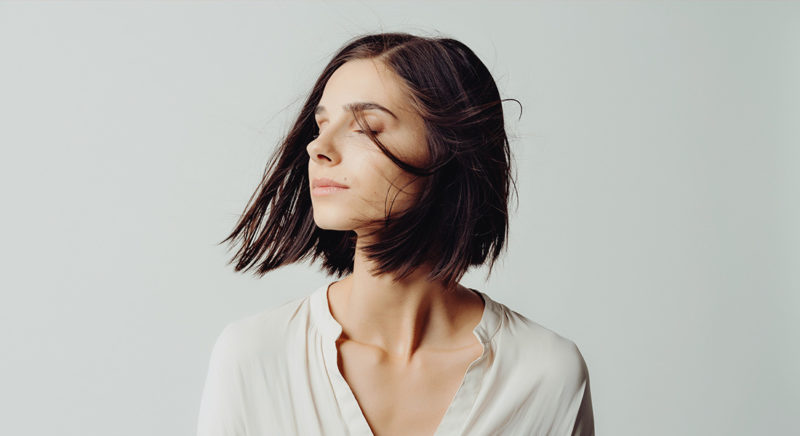 Daniel Joshua’s psychedelic pop rock allows us slowly move on to the vintage soul pop of German singer and artist Anaté. Her voice, the power of the latter as well as the soul infused instrumental of her track “3am” takes us to lands where artists such as Annie Lennox, Hooverphonic or Portishead had previously walked on ; we rediscover such lands with a new eye, “3am”‘s chorus being the part that most reminds us of the sensual side of pop, soul and trip-hop music of the previous decades, for our greatest pleasure.

“3am” is a track that is heavily influenced by soul as well as downtempo and trip-hop music, and its story could not get more sensuel ; Anaté says it herself : “3am talks of that moment at the end of a long night when ‘the vision gets blurry as the music fades’ and it’s ‘too late to leave alone’”. A sensual track with multiple references which announces an album release in the upcoming months ! 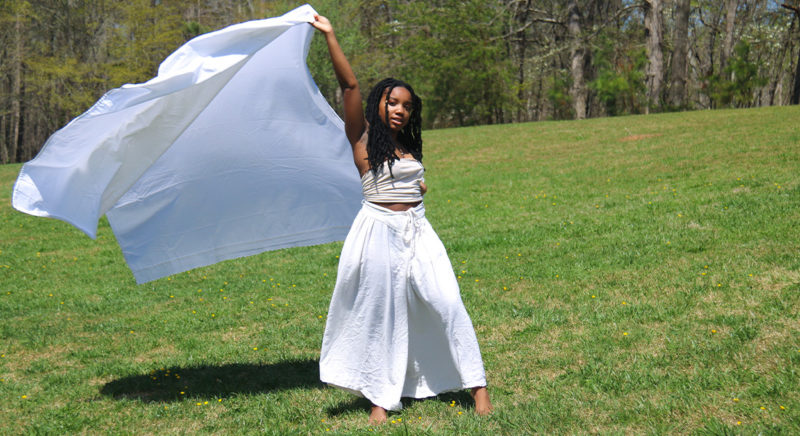 We end our selection with a soul infused track, except that this time around, the soul elements are felt in Mars Togaia’s voice, a voice that takes place on a modern R&B instrumental tinged with minimalist references to trap music. Let’s now listen to the first track of Mars Togaia, entitled “Metanoia”. Mars’s voice is the core element of the track, her voice is as crystal clear as it is singular, and it gets lost in reverberation while choirs sing in the background. Melody wise, it is with acoustic guitar chords and electronic, trap variations that we get to discover and enjoy Mars Togaia’s universe.

“Only hits me too when, no one gets the way I feel,
They just wanna see their own idea of me”
– Mars Togaia – Metanoia

“Metanoia”, as minimalist and modern as it is, tells without filter of the interior monologues and questions that Mars may have had with herself about life, but also and above all about people’s projections on herself and of the existential subject that is change. “Metanoia” is a track which lets the maturity of Mars Togaia shine as well as show her capacity to transmit emotions on simple and minimal productions.

Mars Togaia is a Jamaican artist based in Atlanta, Georgia, USA. She started to write music at only 6 years old, and it is at the age of 16 that she begins to share, online, like many artists of her generation, original songs on Instagram and YouTube. She is now 22 years old and takes on an alternative R&B musical signature, a signature which is inspired from artists such as  Raveena or Willow !

More playlists available on our Spotify account. If you’ve enjoyed our playlist, we heavily recommend you to listen to our “Pop & Alternative” playlist that we update regularly !

– disclaimer : this playlist has been curated through MusoSoup #SustainableCurator.