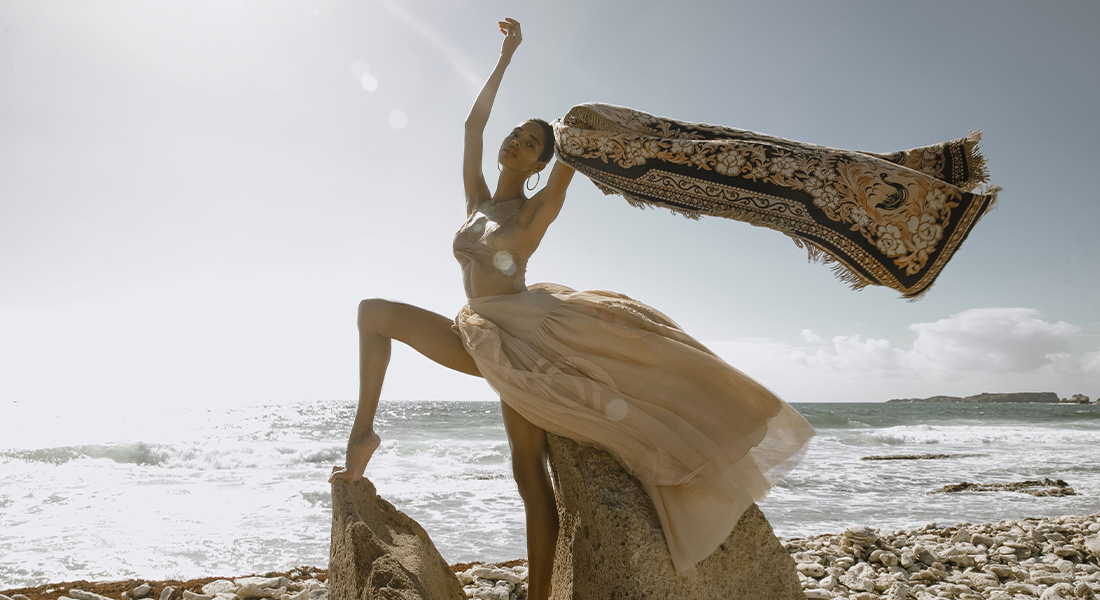 When you think of lyrical voices, the first thing to come to mind is generally operas. The same goes for alternative music, which often means intimate electro-organic pop songs. Gilone, however, has decided to smash down those musical stereotypes in order to, instead, welcome her listeners to her own world with delicate, innovative sounds & melodies. And while it is possible to compare her poetry to that of Bjork or Massive Attack, Gilone’s music goes way beyond these references. As she wraps up her future EP release entitled “Ocean Call” – to be released on December 3rd – the artist releases a track called “Run”, which embodies an instinctive, primitive need of the young artist : the need to run away from the world’s madness ; this second track confirms a sharp artistic vision !

Starting with a half trip-hop half baroque introduction, “Run” puts Gilone’s voice on a pedestal. It is in fact the center piece of the song, and it is supported by aerial vocalizations and violin chords, a combination that tends to make us both shiver and relax at the same time. And as if we weren’t hypnotized enough already, halfway through the song, the mood shifts as Gilone’s voice changes ; she unveils her delicate rap flow, surprising her audience over and over again.

Similar to Gilone : “Sensible” by Mathilde Fernandez : the EP of the queen of baroque shows what happens behind the scenes of her most intimate emotions

And since Gilone does not come here to play, she released alongside this track a music video which highlights thanks a subtle contemporary choreography the power of her lyrics. And since the track was written as she was spending time isolated by the sea in Biarritz, South of France, the music video itself had to be shot by the sea as well ; there’s nothing better than the unpredictable waves of the Atlantic Ocean to enhance the many aspects of “Run” !

In order to patiently wait for the release of her debut EP in the upcoming weeks, we leave you with her first single release, called “Fight”.