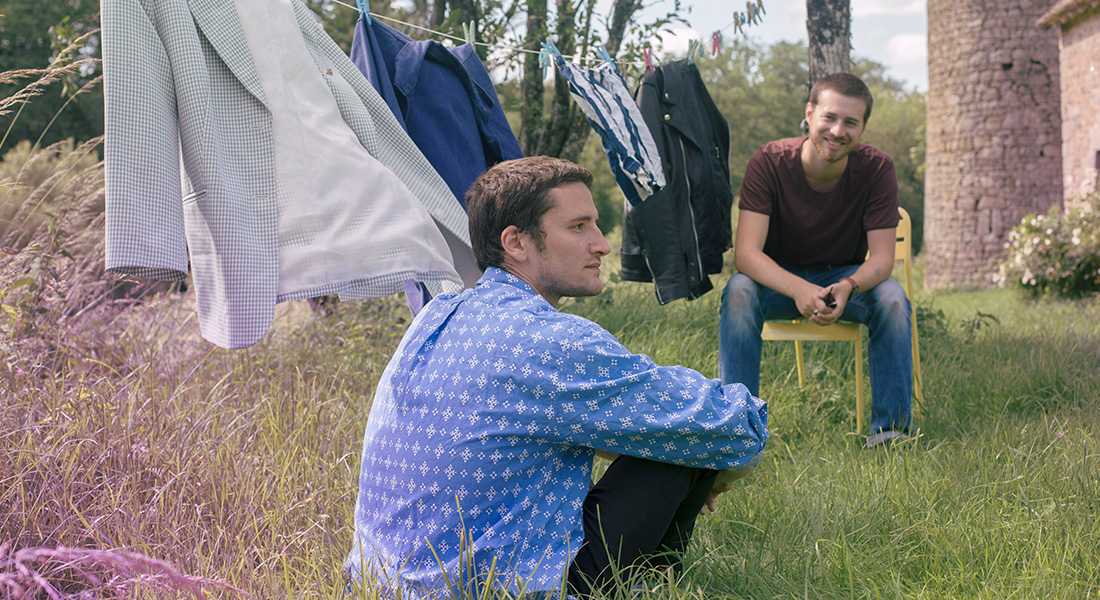 If the name reminds you of a 16th century Italian painter for now, after listening to this track, you will remember it as the name of a new French electro pop duo to follow closely. Lodged somewhere halfway between the humor of Miel de Montagne, the avant-garde music of Agar Agar and the sound experiences of Jacques, Arcimboldo’s music is already easily recognizable despite still being very new. Their tracks are often referred to as “electronic songs” for a good reason : their songs are a clever, catchy mix of French electronic pop with dabs of club music. They released earlier today a single called “Mirage”, and it is accompanied by a music video that you can discover below !

The song starts off with a club beat and an energetic bass line that make it seem like we are about to listen to an upbeat, almost crazy song. However, the emotions that are brought to us by electric guitar riffs quickly put to the side our first impression, as it adds a contradictory, almost melancholic feel to the song. And this characterizes all the genius of the duo : just like very few artists – we think in particular of Paradis and their club and melancholic ballads, or Yelle and his words both raw and crazy – they are able to mix contradictory atmospheres together, keeping their listeners on alert, leaving them wondering in which direction the song might go next.

If we started to understand where the song was leading us to, it is when we get to hear the lyrics that we get to see the bigger picture, and that we understand why their tracks have been called “electronic songs”. They are meaningful yet open to interpretation ; this one subtly talks about discomfort and love, and how they both come from an unknown place. If you add to the track itself the music video that combines overlapping digital images, visual hallucinations and a live performance, you will see that “Mirage” is the perfect depiction of how unique Arcimboldo is in the current French music scene !

Similar to Arcimboldo : After days of teasing on social media, L’Impératrice unveils a surreal music video for their latest single “Peur des Filles”.

And if you want to hear more music from Arcimboldo, we let you listen to “Station”, their first EP. We particularly appreciate the track “Station”, a laidback song filled with metaphorical lyrics !