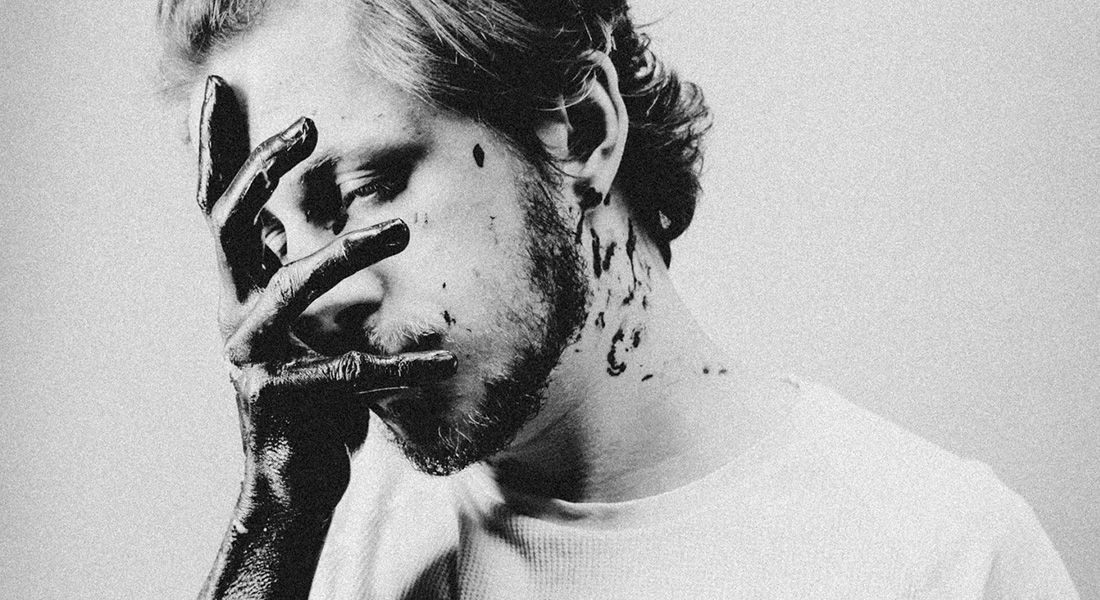 His early followers will recognize him it from and older project called Ultraviolet (now called Superamas), an electronic music duo for which he worked alongside the electro-techno producer Romane Santarelli ; Delayre has been defending with his suave and powerful voice the colors of his new solo project for a few months. With melodies that are both electronic and alternative as powerful as they are fragile, Delayre let the emotions flow while giving his audience access to his secret garden. He made his debut on the French music scene with a first single named “Amok” last year, and he unveiled a few days ago a new single named “Vassal”, a track that allowed him to announce an upcoming EP to be released in November this year. Listen to “Vassal” below !

It goes without saying : Delayre’s productions are emotional, not to say that they are absolutely haunting – but in the best way possible. Thanks to a classical training as well as a broad musical culture ranging from artists such as Christophe or Radiohead, Delayre explores and plays with the codes of alternative pop as well as French pop songs in each of his tracks. Introduced by a song called “Amok”, Delayre brings his audience into a different realm on “Vassal”. Throbbing percussions intertwine with saturated synths and ambient layers ; this recipe for a hypnotic melody allows Delayre’s versatile voice to run freely.

Similar to Delayre : “Sensible” by Mathilde Fernandez : the EP of the queen of baroque shows what happens behind the scenes of her most intimate emotions

And when it comes to the lyrics, the track becomes even more captivating : by giving himself the role of the narrator, Delayre describes a dark and seductive character, one that is capable of attracting crowds to them, making them eager for their presence. The latter is personified by the contemporary choreography performed by the many dancers who join him in the music video, thus successfully highlighting the hypnotic aspect of the song. “Vassal” is a brilliantly executed artistic tour de force that leaves us wanting for more !

In order to patiently wait for the release of the rest of the EP, we invite you  to (re)listen to “Amok”, his very first solo release.