Creams : the Georgian revelation releases her first EP “Sleep On Me” today

Eastern Europe, a land filled with artists that are ready to conquer the international music scene by bringing their futuristic taste to music. We all more or less know artists like the Russian duo Ic3peak or the Estonian rapper Tommy Cash ; today, we are casting a light on an artist who is as determined as them to make her universe known. She called herself Creams : she is from Georgia, is multilingual, has a unique aura, and her musical style is as diverse as it gets. It evolves between dark pop and minimal electronic music ; it is inspired by myths, literary references, and a desire to create music that is sensory-stimulating. Her first EP, called “Sleep On Me”, comes out today and satisfies our desires for new & fresh music.

Creams introduces us to her unique world on the minimalist “Die For You”, a track that recalls the beginnings of Lorde among other influences. Introduced by dark and haunting electronic layers, we are first welcomed by children’s laughter played on a loop before her clear and assertive voice settles on a minimal instrumental. The universe of Creams is thus broadly defined ; she is not afraid to mix musical genres and to write paradoxical lyrics to surprise and disturb her listener at the same time.

We then move on to “Sleep On Me”, a track that reveals a bit more of her pop side. The track came out with a music video that was released today, and it describes her musical world perfectly well. Faded neon colors and empty decors are contrasted by daring shots that showcase her in weird camera angles. On some of them we can see Creams tied by the feet and filmed from a low angle, before finding her in the back of a motorcycle filmed this time from above, and finally in a box made of mirrors which reflect the blue sky above of her head.

Finally, after having rediscovered “Run”, a song that she had already unveiled to her audience a few weeks prior, it is “Dicey” which surprises us. Certainly the most powerful track of the EP, this time Creams proves to us that she can rap ; her clear flow gets lost between reverb layers and a hypnotic metallic melody. We mentioned earlier her desire to create music that stimulates the senses of her listeners, and this song is certainly the one that showcases it best. 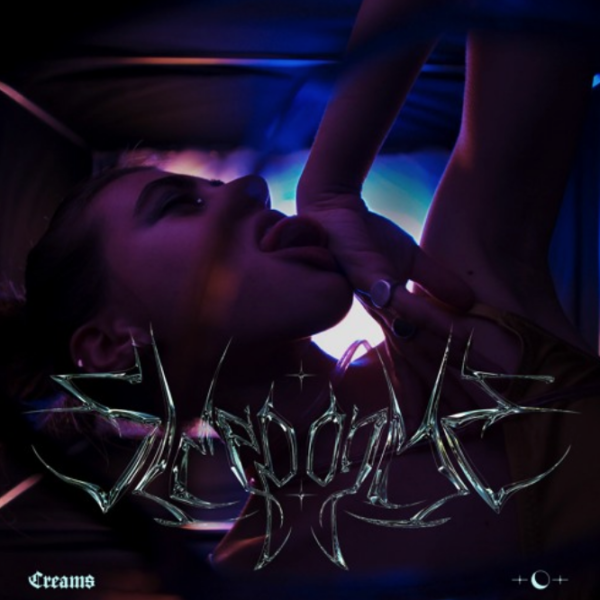 Creams, with this first EP, proves her maturity and her ability to blur the barriers that exist between singing & rapping, between electronic, trap and experimental music, and more. Her universe is unique and sticks to us ; we cannot wait to hear and see more of her in the future !