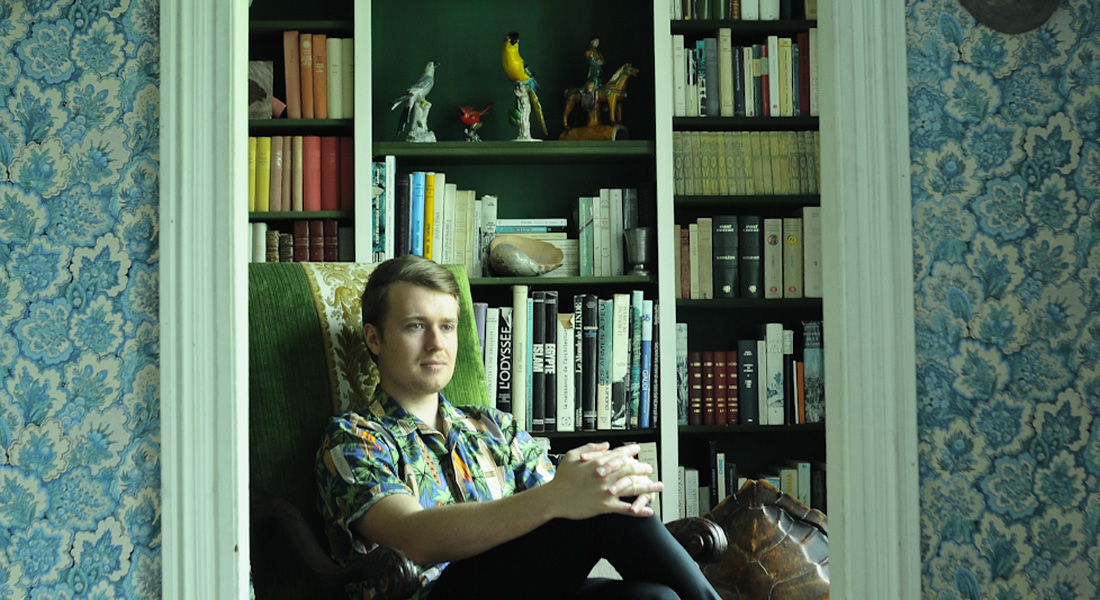 Lille, a city from the North of France ; a city where house and techno and like king and queen. Among the artists who enroll in various flourishing artists’ collectives and labels of this Nordic region, there is Cravach, one of the protégés of the techno label Enlace Records but also of the houe collective Merci Soleil Records. If until now Cravach had given us tracks that were either closer to house or closer to techno, he came back earlier this month with an EP which blurs the line that separates house music and melodic techno ; this results in a fluid, almost liquid type of music, however thought out to make crowds dance in the darkest clubs till the Sun rises again. Let’s listen to Cravach’s latest EP, released on May 14th on Enlace Records.

When you think of house and techno music productions, you’ll often think of tracks that last for more than six minutes, tracks that are made for being mixed in clubs, and Cravach’s EP does not miss the mark. That said, they are easy to listen to even in the comfort of our own homes ; we dive into it the same way we dive into a neoclassical or electronica album. The EP starts off with the electric, minimalist and almost haunting variations of “Tatooin”, a track that quickly brings to us into the best of what the deep techno scene has to offer. What’s more ? The cymbals which we get to clearly hear after a few minutes, and which add a hypnotic dimension to a track that is however contemplative.

We then move on to a track called “Alowin”, a much darker track which seems to depict what we would see in plain darkness, in a place where the Moon doesn’t shine. Largely closer to what techno music is than house music, “Alowin” knows how to surprise its listener with its narrative, almost cinematic side.

Similar to Cravach : We have talked with the French label Ghost Of The Shelf, a label that challenges its artists to get out of their comfort zone.

The BPM then slightly accelerates on “Hauswerkin”, but the track is much more mental than the other ones, and even gets close to IDM music, which forces us to reflect upon the ambiance and the overall atmosphere of the track ; the urge to dance is not immediate on this track. On the contrary, we seem to be drawn into a dark, dire world ; we walk to the rhythm of the music in the corridors of an abandoned warehouse, but with a certain confidence.

The EP ends on a track called “Ravin” ; “Ravin” is the only track that has a few vocals elements added here and there on top of the kicks and snares. The track will certainly remind a lot of listeners of the late hours of a party coming to an end, letting the crowds get less and less crowded to the sound of minimalistic house music with acid accents. In short, a large part of the underground club music spectrum is covered in this EP, which we come back to while waiting for the clubs to reopen in hopefully a few weeks.

And if you want to listen to more of Cravach’s work, we strongly recommend you to listen to his double stellar and luminous house mini EP named “Voyaaj” released on Merci Soleil Records.