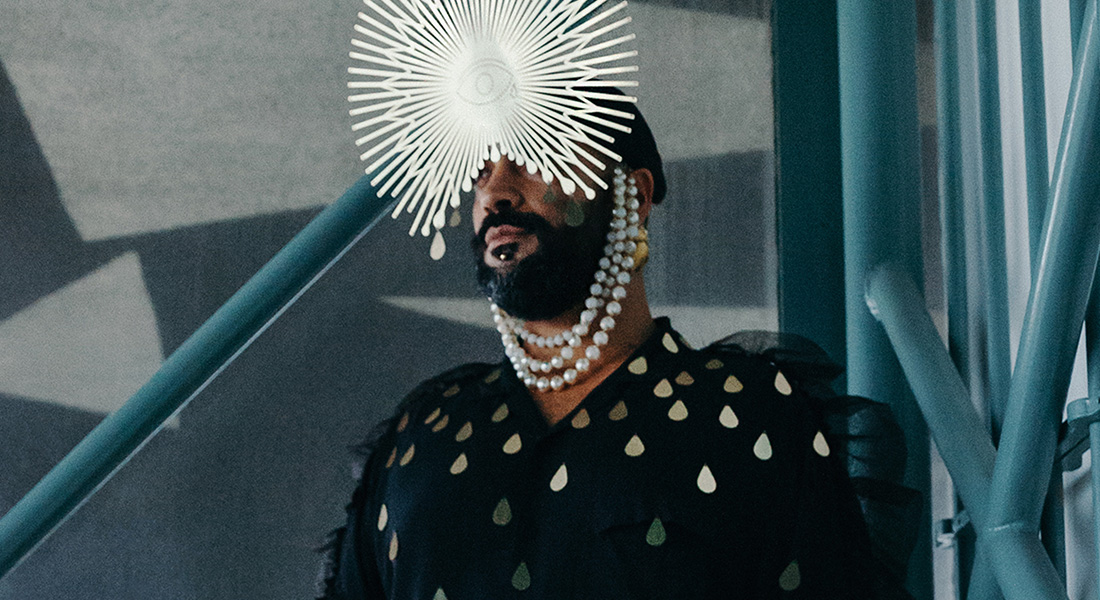 Aurus started making a name for himself with the release of his single “Momentum” 3 years ago, and he then got the chance to be represented during the Chantier des Francos earlier this year. He stands out from his pop music peers for many reasons : he is certainly one of the most unique and innovative artists on the French pop music scene lately, and it is most certainly due to  the RY X and Rag’n’Bone Man-like melodies that are to be heard between his English & Creole lyrics ; visually speaking, he sweeps away all of the expectations one may have for pop music by revealing to his audience his drag alter ego. In short, Aurus – aka Bastien Picot of the 3somesisters – is a multi-faceted artist whose musical project embodies of our contradictions, allowing himself to embrace within his art all the paradoxes that are to be found in human beings. After several single releases, he unveils himself in a first album called “Chimera” which was released last Friday : give it a listen below !

“Chimera” : a legendary creature with a hybrid animal body. “Chimera” is the name that Aurus has chosen to give his first album, a name with a heavy meaning that allows him to talk about strong ideas & beliefs while staying on the metaphorical side of things. He talks about the paradoxes of the human race, and these paradoxes, whether they refer to who we are deep inside or how we function socially, are numerous : from the way humans treats nature to the way each and every one of us represent themselves, Aurus covers it all.

“I will devour the eye of the falcon”
– Horus – Aurus

And the latter starts with the aerial melody of the introductory track “Horus”, which is the name of an Egyptian deity from which the artist derives his pseudonym. “Horus” is a track which also happens to clarify the nature of his chimera : he is half-man, half-hawk, and the words of the chorus can be understood two ways : that he either wishes to become more powerful or that he has just unveils the duality between his human side and his animal part.

Then, we get to listen to “Scalp”, an anthemic, modern yet tribal track that allows Aurus to showcase one of the constants in his music : looped, percussive organic rhythms that let his Creole heritage shine.

“What you are is more than enough”
– Momentum – Aurus

That being said, it is a heritage that he’ll showcase sparingly in his tracks, “Momentum” featuring more American references, like Imagine Dragons. “Momentum” is the very first song he released as Aurus in 2019 and which allowed him to present his newest musical project to the world. It is a powerful track which delivers a heartfelt message to its listener, a message of self-love and self-confidence.

And it is a message that takes a whole new dimension on “KUHU”, an acronym for “Keep Ur Head Up”. This track was released with a music video in which he reveals La Piyonté, his drag alter ego. The track allows him to sing in his Creole language while the music video pays tribute to the queer community, the art of dance and voguing, while breaking the barriers surrounding social constructions, especially around gender.

And although the album is filled with tracks that have powerful melodies and instrumentations, softer tracks are to be found on the tracklist as well – we are thinking of “Cryo”, “The Abettors” or “Mean World Syndrome”, proving once again how versatile Aurus’s music is. “Chimera” sets the bar very high for this young emerging artist !