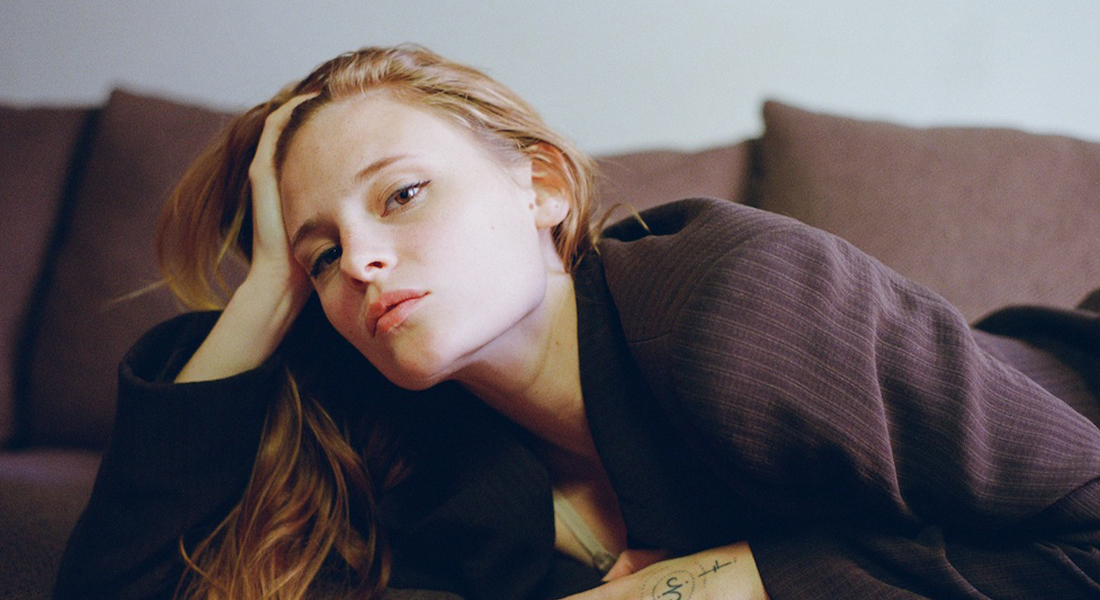 Welcomed by international audiences for her performances as part of the late duo Haute ; known today for her first solo EP “Mixtape Telecom” which saw her evolve in a completely different musical genre for the first time, Anna Majidson impresses music listeners far beyond France’s borders. She has been nominated several times for some awards & support systems for artists in France – starting with the top 100 of the Prix Ricard Live Music – and she recently just came back with a new EP, entitled “La Rivière”, which is about to invade all of our indie and electronic pop playlists in need of a twist. Let’s dive in an EP which also sees her singing in French most of the time – a first that is to be seen as a major highlight of her musical career.

Anna Majidson’s EP is beautifully introduced by a very short track – a song called “La Rivière”– a song that sets the tone of her latest EP : electro-acoustic in its instrumentation, with lyrics sang in both French and English and which are filled with metaphors for love, all of the key artistic elements of her EP are to be found in this short intro.

Similar to Anna Majidson : “Miel” by November Ultra : a track that goes against Valentine’s Day expectations

Right after we got to hear this emotional introduction, it is “Natasha”, a song that has been co-composed with Blasé, her former sidekick from the duo Haute, that we have the opportunity to hear. The song, laid-back yet sharp lyrics-wise, gently has us listening to a personal yet universal family experience unfold, a story she tells over a rhythmic indie pop instrumentation. The song was released with a music video that has her unveiling a personal side of herself to her audience : through some old video footage of her childhood, she showcases herself through a vulnerable filter.

Later on, we get to hear the tracks “Soleil Cendres”, which features David Nuwmami, and then “En Deux Mots” – co-produced by one of the winners of the French support system FAIR 2022 Sacha Rudy. We have the opportunity to listen to them again ; these two tracks had been released as singles before the EP.

We had to wait for the last three tracks in order to listen to some new material from Anna Majidson, three tracks that perfectly showcase the variety of her talent ; the energetic “La Fin” (which means “The End” in French) highlights her indie pop side, while “La Paume” (“The Palm” of the hand in French) lets her express herself through her R&B inspirations. And since R&B is suited to talk about love : she gets to talk about it both in French and in English, and about romantic feelings more specifically.

“La Rivière” is an EP which once again shows the diversity of Anna Majidson’s talent ; “La Rivière”, which is inherently different yet shares some similarities with her first solo EP “Mixtape Telecom”, takes her listener by surprise and has us already wanting for more !

To be read as well : Diving into Anna Majidson’s favorite tracks

Anna Majidson is to be found on all streaming platforms. You can also follow her on Instagram !