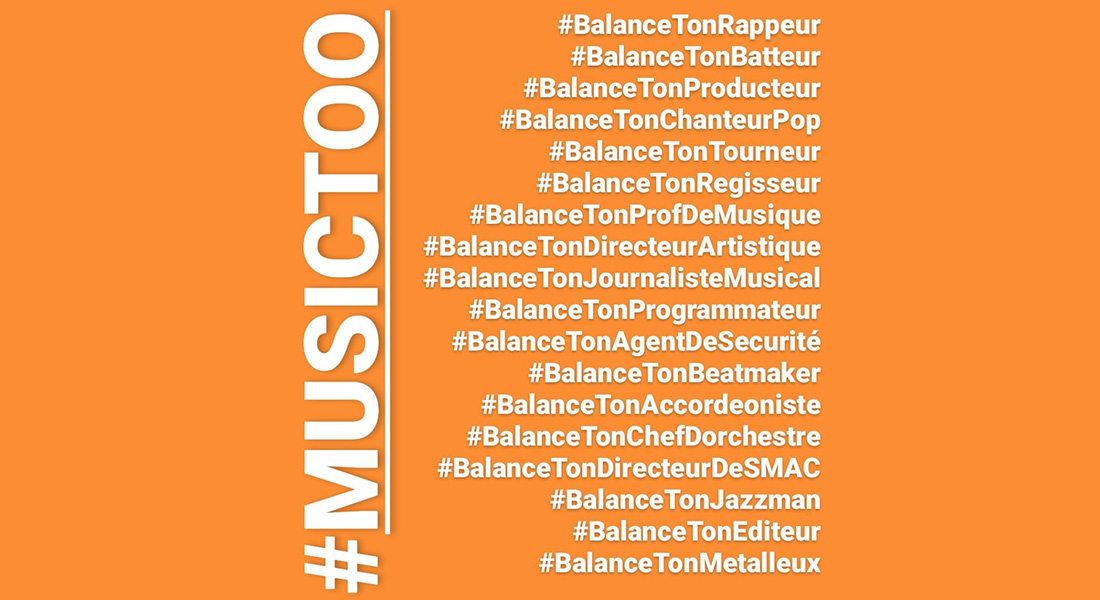 After more than 3 years of hard work, the French association #MusicToo has shut down : it’s “the end… of a new beginning”

#MusicToo was an association whose members had decided to remain anonymous ; the association was shut down on Monday, October 18th, 2021, after more than three years of existence that allowed them to raise awareness, to support and represent the victims’ cause. While the decision to close the association could well have caused anxiety among the victims and witnesses of sexual harassment and abuse, let them be reassured : #MusicToo clearly stated that their decision is “the end… of a new beginning”. In fact, the work of #MusicToo has spread over the months, allowing countless associations to be created and to thrive, and who have been mentioned in a non-exhaustive list at the end of #MusicToo’s press release. This list is the ultimate proof that staying silent is, as they say, no longer an option and that the victims are starting to speak and support each other to fight their perpetrator.

We can only thank #MusicToo for their actions across the country to raise awareness and support the many victims in the music industry. It is now up to us to support the associations that work for the recognition of women and gender non-confirming minorities in a male-dominated industry, since we all, each and every one of us, can deconstruct the stereotypes that still run against women & gender non-confirming people. And #MusicToo has shown us that we all have a role to play in this fight. 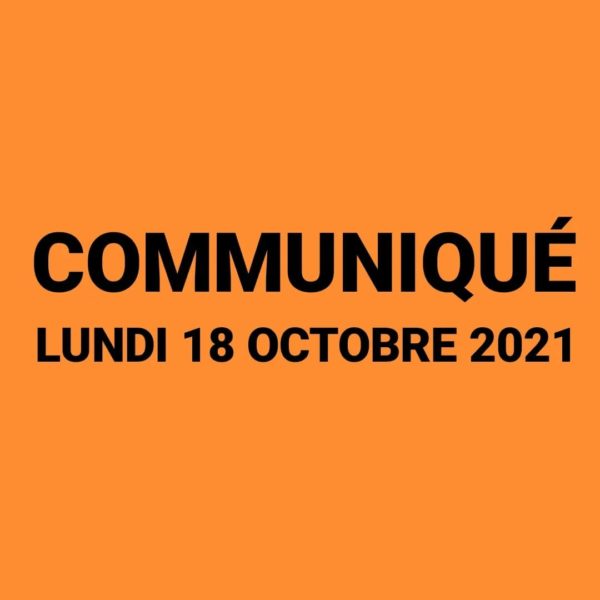 Change is happening. Thanks to the press coverage, the speeches, you have noticed that speaking up is allowed, even anonymously, that filing a complaint is possible, and that the aggressors can finally, sometimes, suffer the consequences of their own actions.

[…] The media were finally able to unveil part of the abuse that happens behind the closed doors of the music and entertainment industries, from the conservatories to the festivals, the labels, the management agencies, from the metal to the classical scenes as well as the electronic music one. This project would not have caused such whiplash without the editorial staff of Médiapart and Néon, or without the dozens of journalists who worked hand in hand with us.

Of course, post-pandemic life is picking up and music is finally back in our lives. However, what has profoundly changed is that, from now on, we know and we clearly state what we will no longer accept. […]

Our association has only started paving the way of this long road which starts from believing the words and actions of the victims of such violence to reshaping the way we work. The future now belongs to you, the individuals, the companies. Finally, it is our individual and collective responsibility to fully re-build our structures and organizations.

Labor law must apply to our work field, starting with equal pay, parity for those in charge, training managers and employees to prevent this has to become a duty, particularly when it comes to violence and professional and psychosocial damage risks.

Against violence, silence is no longer an option.

The consequences, the sanctions must be systematic and inevitable. Impunity is over.

Today, we wish everyone to have the strength, the courage and the determination it takes to pursue and expand this #MusicToo movement. It’s your turn now !

Last but not least, here is the list of associations that are fighting on a daily against sexual harassment & abuse that was to be found at the end of #MusicToo’s press release : Balance Ta Scène, Change de Disque, Act Right, Connect Her, She Said So, Ecoute Meuf, Diva Management, Mewem France, Ici C’est Cool, Musiciennes&Co, Loudher, Key Change, Consent Is Info, Espace Safer, We Are Safeplace, Serein.e.s, Band She, Paye Ton Opéra, Heavystériques, Les Catherinettes, En Avant Toutes, Cura, La Maestra, Neo Emeutières, Balance Ton Spectacle, Tu Mixes Bien, Stop VSS Culture, Présence Compositrices, and Les Aliennes. The list could of course go on and on, there are definitely more associations at work !

You can find #MusicToo online.