Universal follows the early steps of Meta (aka Facebook) as well as of Warner Music Group and confirms its place in the new metaverse market. Last month, UMG announced the creation of a fictional metaverse-based band – named Kingship and produced by their pioneering label 10.22pm – and yesterday, the leading music major announced a global partnership with Genies, a leading company in 3D avatar creation, which Universal will collaborate with in order to create the digital avatars of its artists, which includes artists like Shawn Mendes, Rihanna and Justin Bieber to only name a few. For those who were still doubting the future impact and omnipresence of the metaverse, NFTs or even blockchain technology in the near-future of the music industry, these announcements may have you believing otherwise. More info on UMG’s recent statements below. 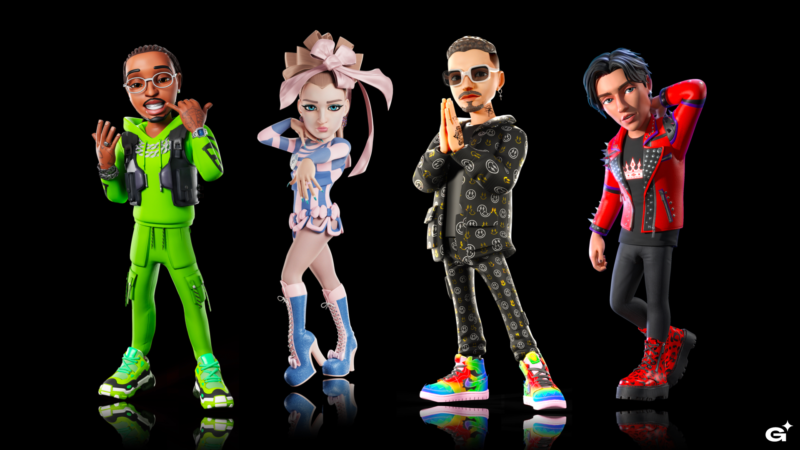 Warner Music Group has partnered with them in April earlier this year, and UMG is doing the same : Genies, one of the leading companies in the creation of avatars and digital products, has signed its second partnership with the music industry this year. The craze around the metaverse keeps growing ; after the many sells of NFTs, it is digital avatars as well as future performances and interactions in what that many call “Web 3.0” which are getting momentum.

Because not only will Universal Music Group’s artists have the possibility of interacting in the metaverse through their avatars, but the fans who will want to take place in these experiences will be able to do the same : from creating your own personalized avatars to purchasing of wearables and digital items – the same way you would buy skins on Fortnite – but in the form of NFTs, lots of interactions and features are to be brought to the metaverse. UMG’s future steps towards Web 3.0 seem to get bigger and bigger, and the idea of giving fans more opportunities to express themselves and interact with their idols seems to be UMG’s main goal for the months & years to come.

“This next era of the internet is about empowering people with more ownership and capabilities. UMG’s roster of talent represents some of the world’s most entrepreneurial pioneers, and by equipping these iconic artists with their own Genie avatars, we’re excited to help them realize even more potential in Web 3.0.” – citation d’Akash Nigam, CEO de Genies, et issue du communiqué de presse du site d’UMG

We all remember Travis Scott’s and Ariana Grande’s live performances in Fortnite. What will happen tomorrow when the metaverse is accessible to all ? It is a question worth keeping in mind !

– this article is part of hauméa’s advent calendar. Download the app to access even more music news !